With the Ampere GPU lineup’s launch dates getting close, more and more leaks are being spotted. The recent is the entry of what appears to be Nvidia Ampere graphics cards codes listed in the EEC database, as spotted by PC Gamer.

MSI has recently submitted multiple Ampere RTX graphics cards to the Eurasian Economic Commission, a total of 29 different SKUs. MSI has registered them as video cards, but without the actual GPU nomenclature. According to the listing of the EEC database three different GPU models are detailed, having different variations. There are the 602-V388, 602-V389, and 602-V390 SKUs, and if we go by MSI’s previous nomenclature, the lower number seems to be related to the high end cards.

Like mentioned before, from this listing it appears that three SKUs are in development, but that does not mean all SKUs are going to come out simultaneously, as some of the Models may never launch. MSI is just registering these variants. EEC submissions have been very accurate in the past as well, sometimes months ahead of the actual launch of these GPUs.

NVIDIA’s upcoming RTX 3000 series Ampere cards are rumored to be built on the Samsung’s 8nm process node. Nvidia has also recently ceased the production of the RTX 20 series of GPUs to make room for the Ampere lineup. Nvidia is hosting a Geforce Special Event on September 1st, and we expect the company to announce the next-gen Ampere Gaming GPUs. 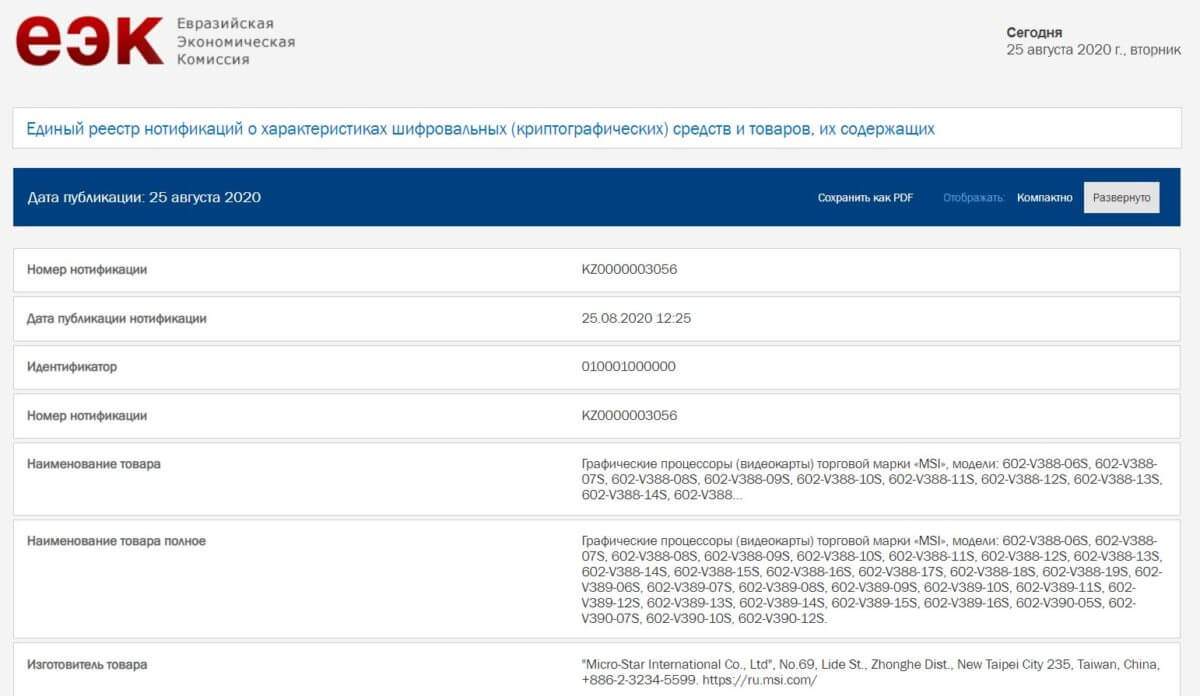