Back in March, we informed you about the appearance of Naruto Shippuden: Ultimate Ninja Storm 3 in Steam’s registry. As we all know Steam’s registry rarely lies and today we bring you more evidence about this rumored PC version, as Amazon.it has already listed it (with a date hinting towards a November release).

Since Amazon may take this page down, we’ve captured a screenshot of that listing. Those interested can visit the game’s Amazon page here. 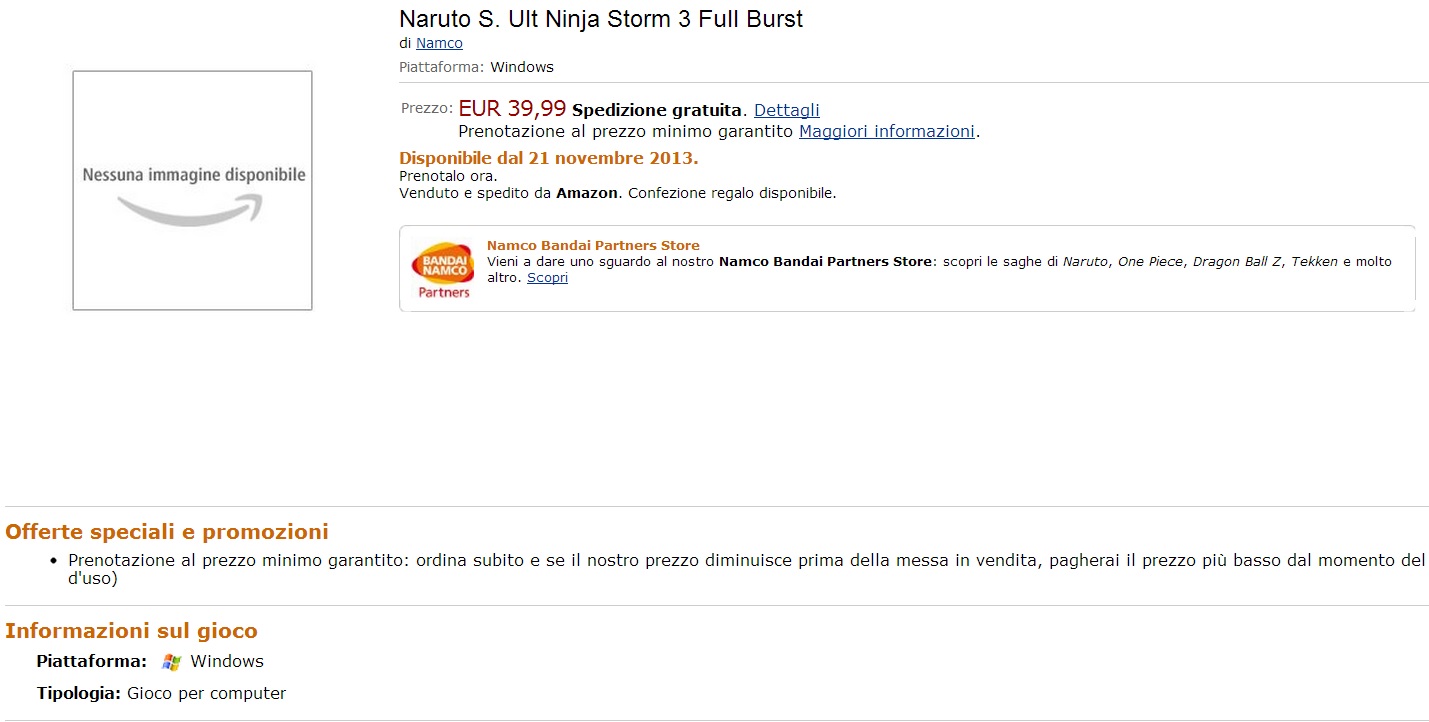 Naruto Shippuden: Ultimate Ninja Storm 3 features the most extensive character roster of any game so far in the series, letting fans engage with a huge number of their favourite personalities from the Naruto universe.

In its story mode, players are thrown into a series of thrilling adventures set in the village of Konoha, while the game’s electrifying fights are punctuated with massive scale boss battles, including a fearsome confrontation with the gargantuan Nine-Tails.

Namco Bandai has not announced anything yet about a PC version of Naruto Shippuden: Ultimate Ninja Storm 3, so take everything you’ve read – at least for now – with a grain of salt.