It seems that the latest Naruto title may be heading towards our way, as the title appeared in Steam’s registry. Although it was taken down – almost – immediately, users have been able to capture the Steam registry, and you can find a screen-grab from it below. We had this information since yesterday, so there you have it everyone; Steam’s registry hints towards a possible PC release of Naruto Shippuden Ultimate Ninja Storm 3. Naturally, take it with a grain of salt as this is not official, despite the fact that Steam’s registry rarely lies. Enjoy, and stay tuned for more! 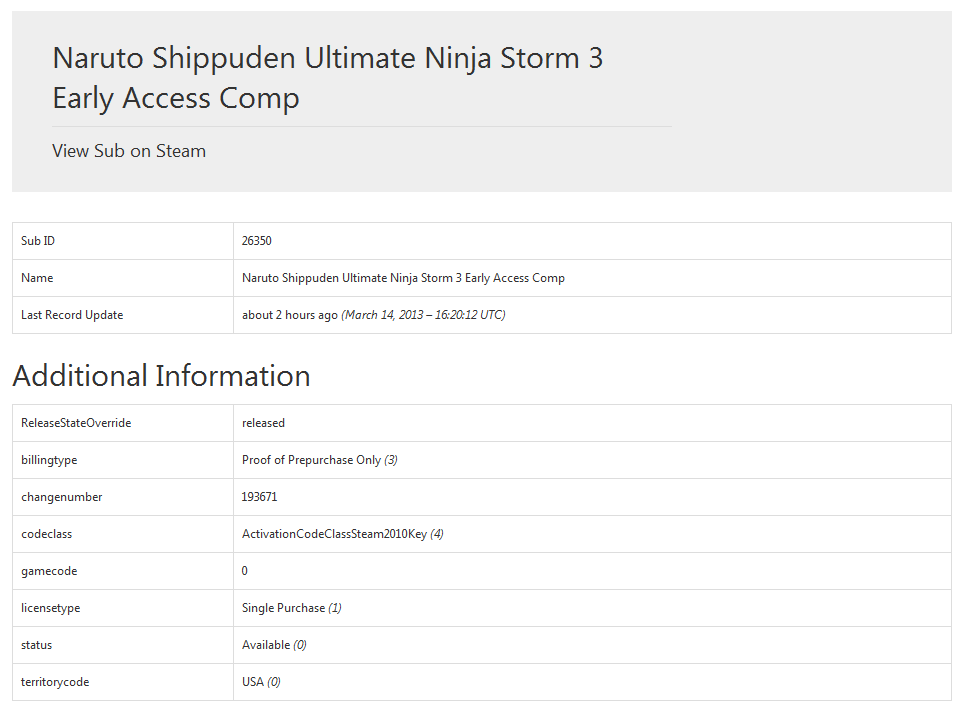