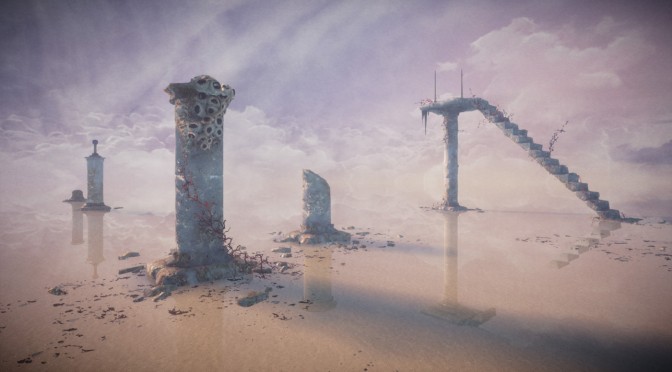 Carlos Coronado has released on Steam his new game, MIND: Path to Thalamus. MIND: Path to Thalamus is a First Person Puzzler that throws players into a fantastic and surreal environment, in which they will bend the natural elements to their will in order to progress in this emotive, mind-bending tale.

MIND: Path to Thalamus is powered by Unreal Engine and looks stunning, especially if you take into account that it was created by a single guy.

MIND: Path to Thalamus comes with a 15% discount until August 12th.

-More than 30 different, creative puzzles seamlessly integrated into the environment.
-6 ways to affect the environment in order to solve the puzzles
-More than 20 distinct landscapes into with which you will be able to interact.
-Turn day to night, make it so everything is covered by a blinding fog, summon incredible storms, travel to the past and make use of even more as of yet unknown mechanics.
-More than an hour of voice acting that, while integrated into the gameplay itself, will tell you a whole story that is not about saving the world but about living through the pain of a father broken by his mistakes.
-Face down imposing climactic enemies by using your creativity and everything you have learnt along the way.
-22 achievements full of Easter eggs and references