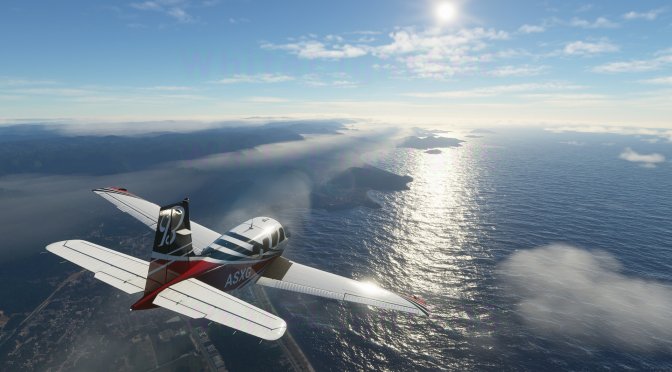 Microsoft Flight Simulator is one of the most demanding PC games to date. And from the looks of it, its next major update will significantly improve performance on all PC systems.

This performance boost is not related to the DirectX 12 API (which will be soon added to the game). Instead, Asobo is currently overhauling the game’s engine, and has re-written a lot of the sim and architecture sections. Thus, these optimizations will reduce overall CPU usage and will increase overall framerates.

In order to show the massive performance improvements, Asobo’s CEO Sebastian Wloch showcased the game running with Update 4 and Update 5. Wloch used an Intel Core i7 9700K with an NVIDIA RTX2060 Super. The game was also running on Ultra settings and in 4K Renderscale.

With Update 4, Microsoft Flight Simulator was running with 32-40fps and had major stuttering issues. Moreover, all of the CPU cores of the i7 9700K were maxed out.

With Update 5, however, the exact same system was able to run the game with 53-60fps. Additionally, the CPU usage was lowered and all of the stuttering issues were fixed.

Wloch did not reveal any percentage numbers for the performance improvements that PC gamers can expect. However, we can clearly see much better the game runs with its latest update. And that is with the game running in DX11.