Last month, we informed you about a Windows 10 update that disabled Safedisc DRM on Microsoft’s latest operating system. Well, it appears that Microsoft has applied this security update on all its other operating systems as well. This basically means that the Safedisc DRM is disabled on Windows Vista SP2, Windows 7 SP1, Windows 8 and Windows 8.1, thus rendering a number of games unplayable.

As Microsoft noted for this security update:

“In addition to the changes that are listed for the vulnerabilities that are described in Microsoft Security Bulletin MS15-097, this security bulletin addresses a defense-in-depth update for the secdrv.sys driver, a third-party driver. The update turns off the service for the secdrv.sys driver. This may affect the ability to run some older games.”

Thankfully, Microsoft has provided a workaround. Those interested in running such games will have to either temporarily turn on the service for the secdrv.sys driver by running certain commands, or by editing the registry. 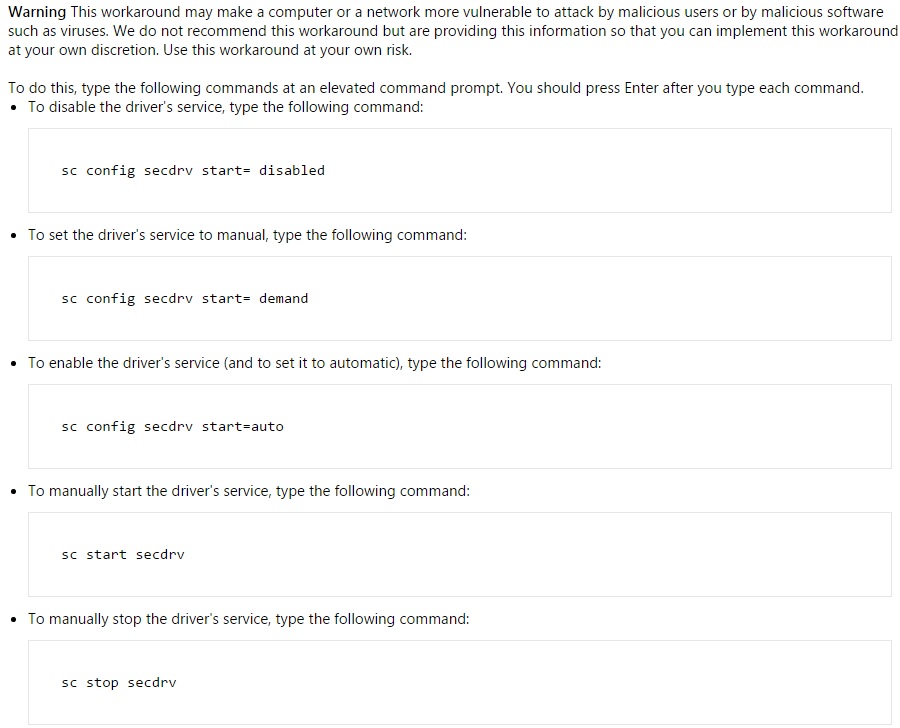 Kudos to our reader “Mauro De Silva” for bringing this to our attention!