Metal Gear Solid: Ground Zeroes is advertised as a TWIMTBP (The Way It’s Meant To Be Played) game. Even though the green team has not revealed anything yet about it, we could see some specific PC/NVIDIA features like HBAO+. 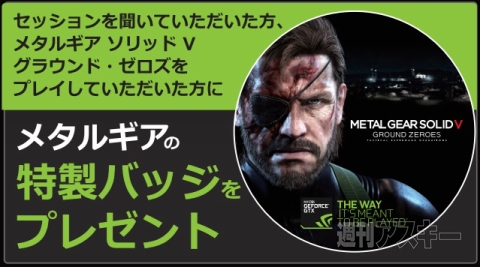 During this event, Metal Gear Solid: Ground Zeroes will – most probably – be shown running in 4K with a GeForce GTX 980 3-Way SLI system. That, or the game will support up to 3-way SLI configurations.