The game is currently confirmed for the PC platform with a tentative 2012 release date (there is also a possibility of a further Mac release, once the developers complete surgical removal of their “PC only and forever” knuckle tattoos). The product will arrive via traditional retail in Russia, Poland and Germany, with the international version become available digitally in the rest of the world. A Collector’s Edition, featuring the complete art-book and the encyclopedia of the Broken World, is also in the plan for the retail markets with a possibility to order from the US together with a free copy of the extensive German or Russian dictionaries.

“I’ve been publishing games in Russia for 15 years, with a variety of content becoming available as the industry evolved , and every single year we had perhaps three games that made us proud of our industry and thirty three that flew by like bananas in the jungle. After we sold our Russian publishing operation last year, my partners and me were looking for a way to go back to that happy place where you love to play what you develop and publish. With MBW, we believe that we have found it: Alexey is a very gifted designer, and we’re going to help his project unleash its commercial potential through the policy of not messing up with his creative decisions but just providing the production support that he needs for the product. Snowberry’s role as the publisher is to help the right audience find this game. We loved Battle Isle, Incubation, Spellcross, as well as the older HoMM games, and we’re confident that in the genre of turn-based strategies, Masters of the Broken World will set up a pretty high standard when the game goes out next year or whenever it is ready.”

Further details about MASTERS OF THE BROKEN WORLD are to be revealed during the upcoming GamesCom 2011, For now, enjoy the following screenshots! 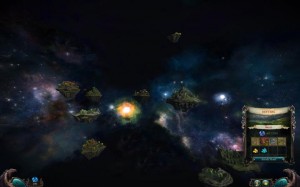 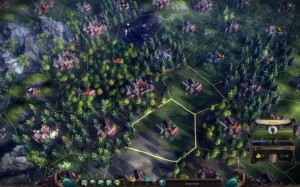 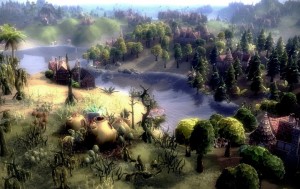 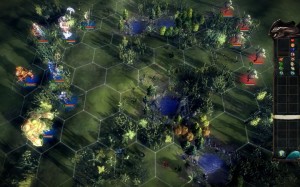