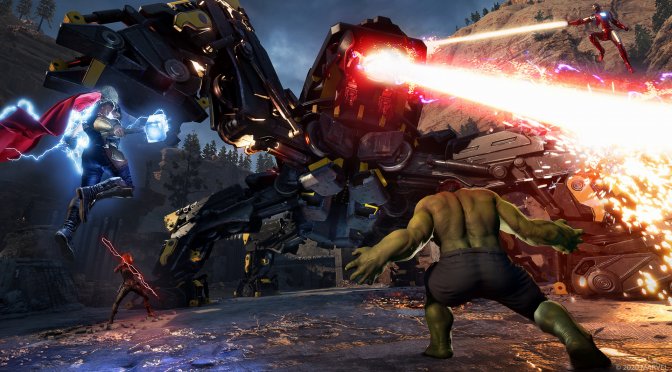 Crystal Dynamics, EIDOS Montreal and Nixxes have released a new major update for Marvel’s Avengers. According to the teams, Patch 1.3.0 addresses over 1000 issues. Furthermore, it packs some PC-only enhancements and performance optimizations.

Going into more details, Update 1.3.0 features a variety of minor graphical issue fixes including clipping and popping. It also fixes many minor graphical errors and transitions, as well as several ragdoll issues.

As said, this patch comes with some PC-only improvements. For instance, it packs various CPU performance improvements, as well as various stability fixes. It also reduces number of CPU cores used for Direct3D shader pipeline compilation. Moreover, it brings a number of mouse/keyboard UI improvements, and reduces overall memory usage.