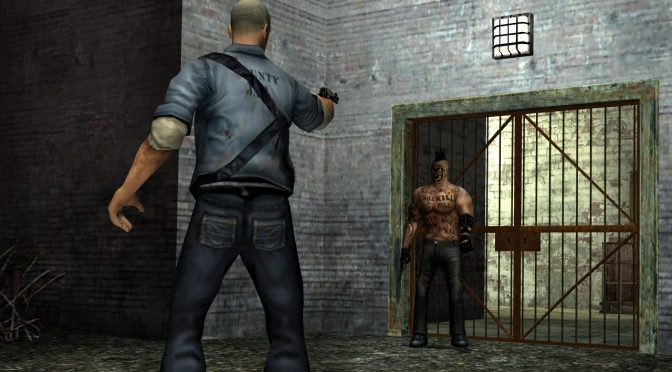 Manhunt fans, here is something for you today. Modder ‘Danoman’ has released a new version of his Blood Moon mod for Manhunt. This mod basically aims to provide a remastered version of Manhunt by enhancing all textures (resampled orginals 2x), all effects (like particles blood splatters or bullet holes), modifying the AI (more agressive and can see you from a mile) and changing gunplay (guns have proper names and can shoot far away like in reality – shootouts are real fun now).

Blood Moon Manhunt also changes damage input and output for every firearm or melee weapon (you give as much damage as you recive from foes), changes the main menu a little to better fit whole snuff theme (and “Kill the Rabbit” is now properly named “Pool of Tears”), and makes it possible so that every scene can have its own self made loading picture.

Furthermore, and thanks to modder ERMACCER, there is now proper PSG1 sniper rifle model as well as ps2 sickle at the beginning of “Key Personnel”. Moreover, the AI has also been slightly changed, meaning that now every fraction has different running speed as well as health. Also, the health of almost all boss characters has been nerfed (apart from Piggsy which is now superfast).