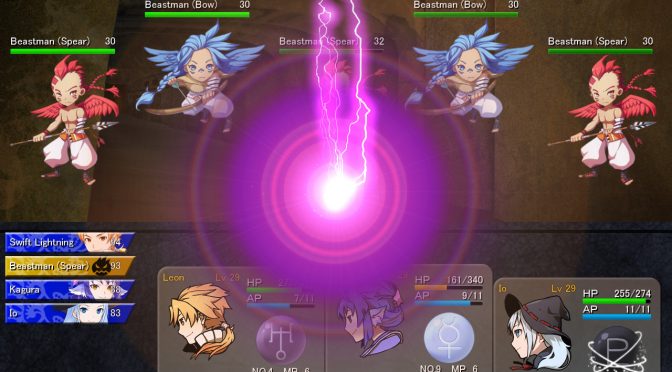 Fruitbat Factory has announced that the Japanese fantasy RPG Lionheart will release on Steam on July 31st. Developed by Shiisanmei, Lionheart tells the story of Leon Lionheart and his party as they explore the forbidden depths of a magical labyrinth and meet new allies.

The beautifully illustrated RPG is voiced in Japanese and has an estimated playtime of 50-100 hours. Moreover, the English version features new monster art and an improved UI, as well as 3 difficulty modes that can be changed at any time.