Krater is a lush post-apocalyptic top down RPG, based on gameplay elements such as crafting, exploration and consequence. Extensive crafting (craft unique abilities, weapons and items) and character persistence where both injuries and experience work in conjunction are key elements to evolve the player’s team over time. Krater combines combat mechanics of action-RPGs with top-down tactics of classic old-school dungeon crawlers.

Krater is Swedish for crater. The game takes place in a post-apocalyptic world around a gigantic impact crater where cities have been built on and even whole nations emerged from the rubble and aftermath of a huge bomb explosion. The center of the crater is an abyss that stretches deeper into Earth than anyone has ever been able to dig.

One of the players’ main goals is to build a team and try to get as deep as possible into the abyss. The game world offers several joinable factions and groups, such as the Free-diggers, for example, bands of fortune seekers who compete with each other to excavate valuable pre-armageddon technology from an endless system of tunnels, caves and bunkers, called the Underside.

Krater is scheduled to be released online in June 2012 and to hit the retail shelves worldwide, starting in the UK and Ireland on August 17th and in Germany, Austria and Switzerland on August 31st. 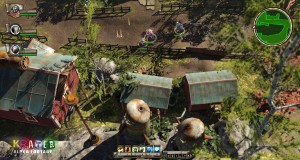 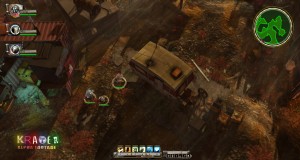 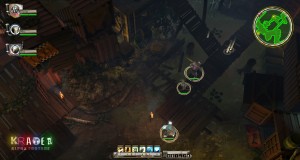 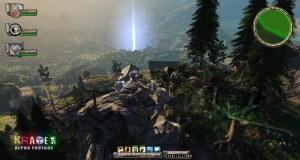 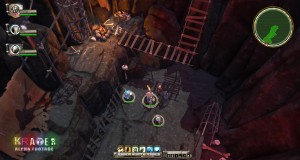