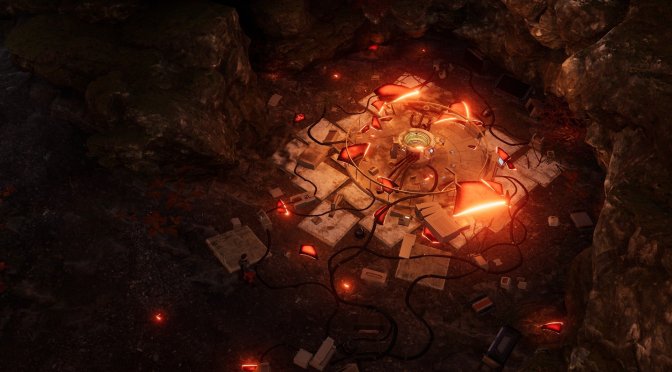 Koch Media and Dark Crystal Games have announced their future cooperation for the upcoming sci-fi RPG Encased. The Koch Media Group will support the global launch of the game on PC within one of its publishing labels. Future details on the publishing and release date will follow at a later point, however, the game will fully release in 2021.

“From the very first day of development, Encased has evolved as an independent project, created with our own resources and the support of the amazing Kickstarter community. The partnership with Koch Media will maintain our creative freedom. It will also help us showcase the game to a huge global audience. Encased will now feature full voice acting, additional language localization, and will be released for PC, Xbox One and PlayStation 4 at the same time. We’re excited to bring this adventure to a much larger global audience.”

“Encased fits perfectly into our portfolio and within our global expertise on publishing RPGs. Our team here in Munich is already working hard behind the scenes. We look forward to sharing more information about the game and how Encased fits into our multi-label strategy very soon.”

Encased is a tribute to classic turn-based post-apocalyptic RPGs. Fighting enemies, exploring an anomalous wasteland, and leveling up a character while joining one of the forces ruling a ruined world. Encased inspires nostalgia for classic PC gamers and layers in fresh takes on the classic genre to welcome new players.

The game came out on Steam Early Access in 2019 and currently has Very Positive reviews on Steam.