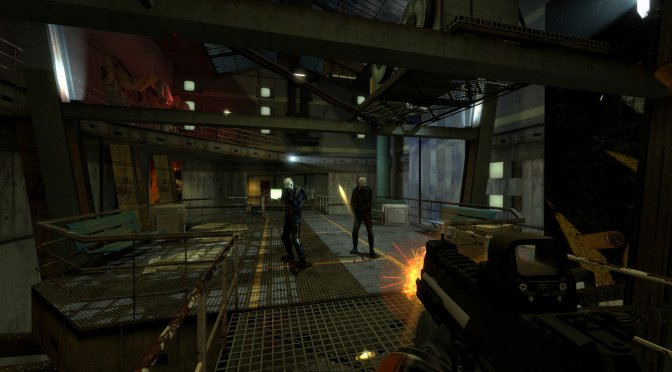 In this mod, players will return to City 17, held within the iron grip of the Combine and the Consul. Players will reunite with old friends, and enemies, though there are also some new ones. Moreover, this mod aims to come with a revitalised combat system featuring “old arsenals made new again, with added features to raise the bar in gameplay.”

Version 1.2 is basically a major overhaul of this mod. According to the developers, this new version brings a lot of new models, and new particle effects for both weapons and world props. It also brings an improved set of animations for all weapons.

Additionally, Half Life 2: Raising the Bar Redux Division 1.2 features a lot of improvements and tweaks to all of its existing maps. It also re-optimises many models (like the soldiers, suit), and adds LODs to some of the more intensive models.

You can download Half-Life 2: Raising the Bar Redux Division 1.2 from here.