Warhorse Studios has confirmed that Kingdom Come: Deliverance will not be using the Denuvo anti-tamper tech, and that it has not planned any Season Pass for it. This is an interesting turn of events as most games rely on Season Passes and on micro-transactions.

Warhorse Studios confirmed the absence of Denuvo in the comment section of its latest gameplay trailer for Kingdom Come: Deliverance. When a fan asked about Denuvo, Warhorse replied and confirmed that the game will not be using it. 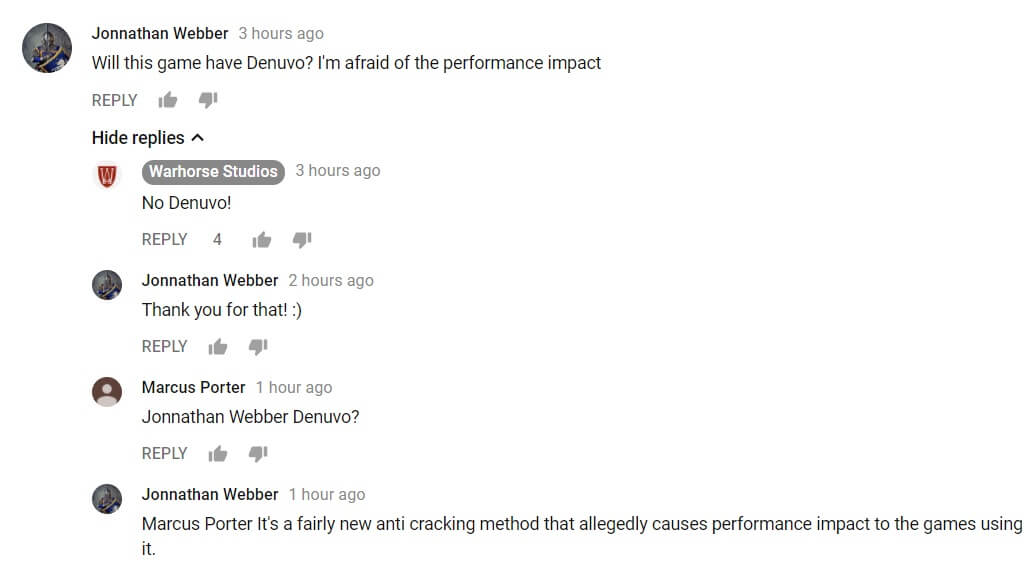 On the other hand, the company revealed on Twitter that it has not planned any Season Pass for the game.

No season pass in plan.

There are no microtransactions in #KingdomComeDeliverance