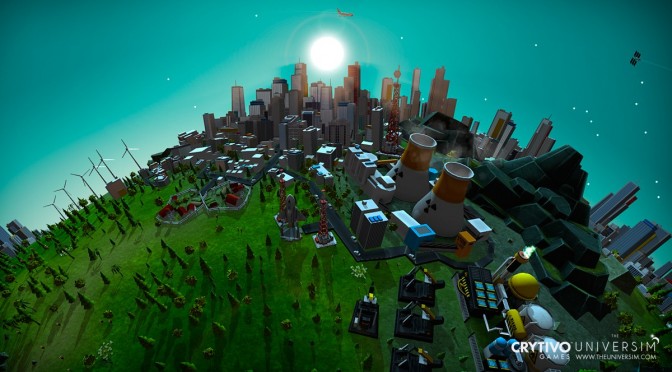 Crytivo Games has informed us about the launch of a Kickstarter campaign for The Universim; a next generation Planet Management God game that is designed by Alex Koshelkov.

The Universim aims to unleash you upon the universe with the powers of a god to begin forging your galactic empire in the stars.

“The ability to play as a god gives you unparalleled power, but unlike other god-games, you cannot interact directly with your population in the game. However, you can influence their decisions and change the way in which your civilization evolves. It is up to you to decide which technology path they follow and what kind of research they undertake-you have the power to shape their future. Instead of taking control of a static game world that awaits your every command, life will go on as you would expect. You are effectively taking control of a living simulation. “

Crytivo Games aims to raise $320K and has 28 days in order to achieve this goal.