Just Cause 3 releases next week and its official PC requirements have been unveiled. In addition, it was revealed that the game will be powered by NVIDIA’s GameWorks features, though it’s still a mystery what kind of features will be implemented. Our guess is that PC gamers can expect HBAO+ to be used, as well as TXAA. We don’t know whether or not Avalanche will use exclusive NVIDIA effects like the Turbulence Smoke effects that were used in Batman: Arkham Knight.

Kudos to Reddit’s member ‘lesi20‘ for sharing the following image that reveals both the game’s PC requirements, as well as the presence of NVIDIA’s GameWorks features. 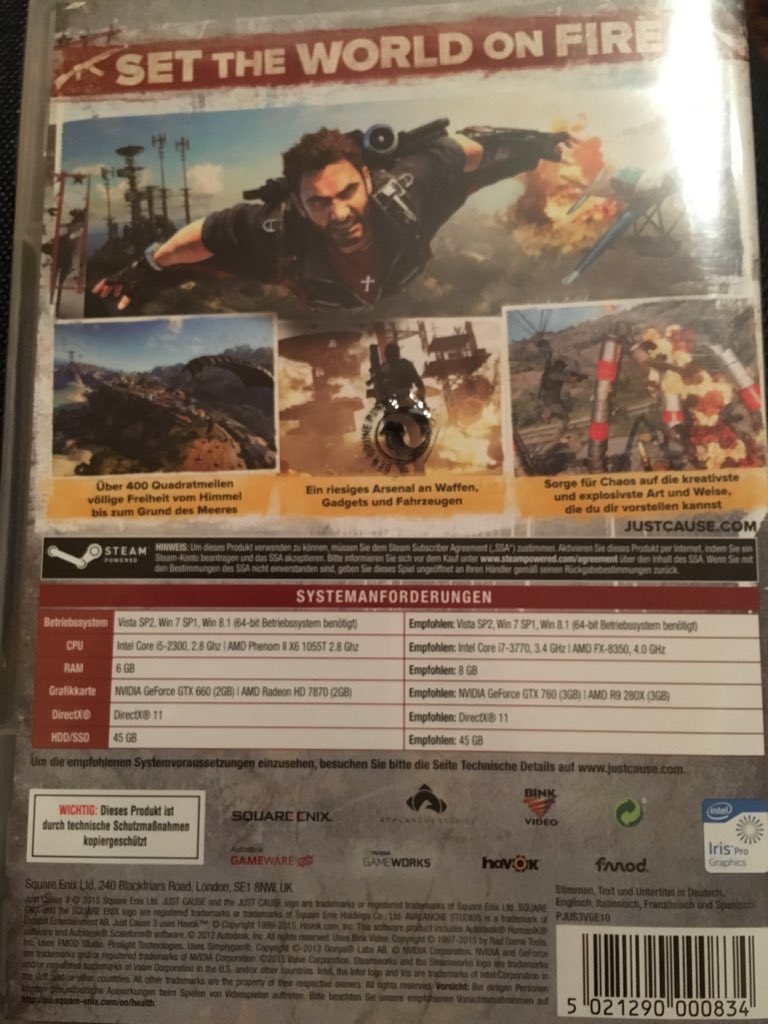