Dragonball fans, get ready for a treat. The team behind Hyper Dragonball Z has released a new update for it. Hyper Dragon Ball Z is a fan-made effort to make a Capcom-quality DBZ game in MUGEN. And while this fighting game uses the MUGEN engine, it looks absolutely amazing.

This new version features new fancy lifebars and some new stages. In addition, Goku, SSJ Goku and Vegeta have been updated, and both Gohan and Freeza (beta version) have been added. 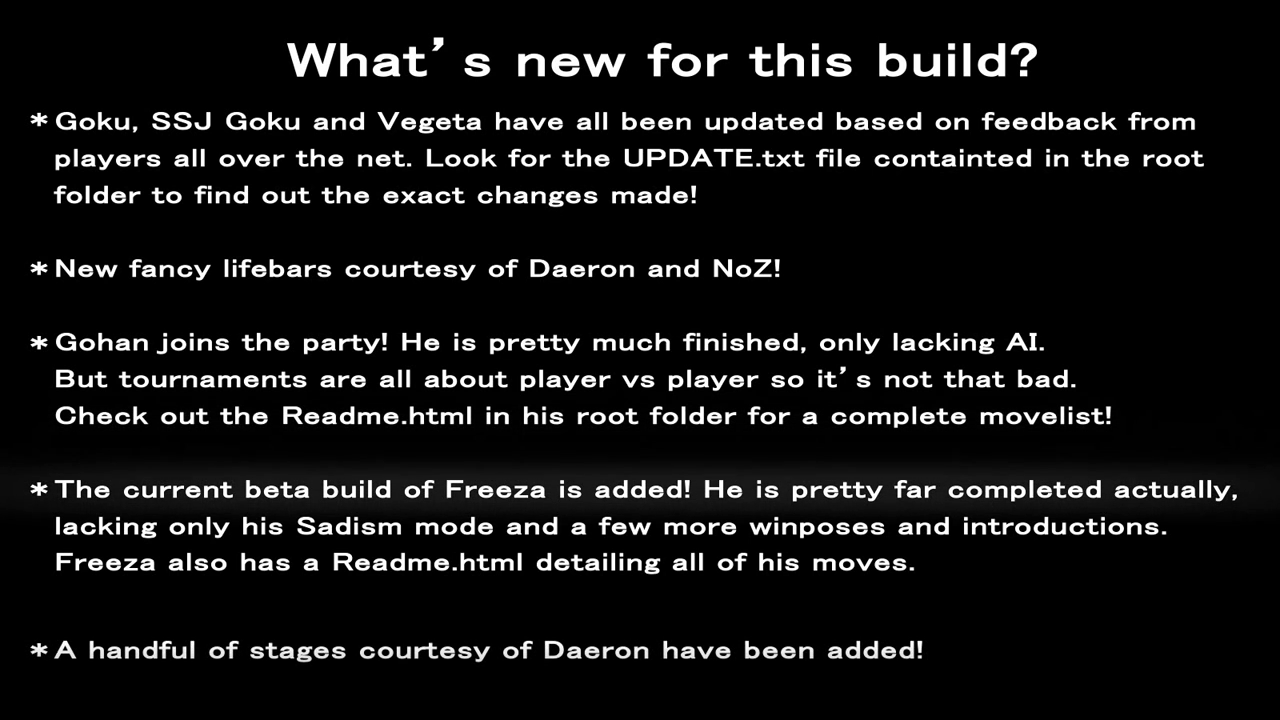