Square Enix and IO Interactive revealed today some additional details about the new HITMAN game. As we all know, HITMAN was delayed until March 2016. Well, today we know the exact date the game will be released, which is March 11th, 2016.

IO Interactive will release one new sandbox location per month in April, May and June. Each location will come with additional missions, signature kills and more Contracts targets.

Square Enix also introduced HITMAN’s Intro Pack. This pack will also be available on March 11 2016, will be priced at $34.99, and will include all of the launch content, plus all Live Events and Contracts for the locations released in March 2016. 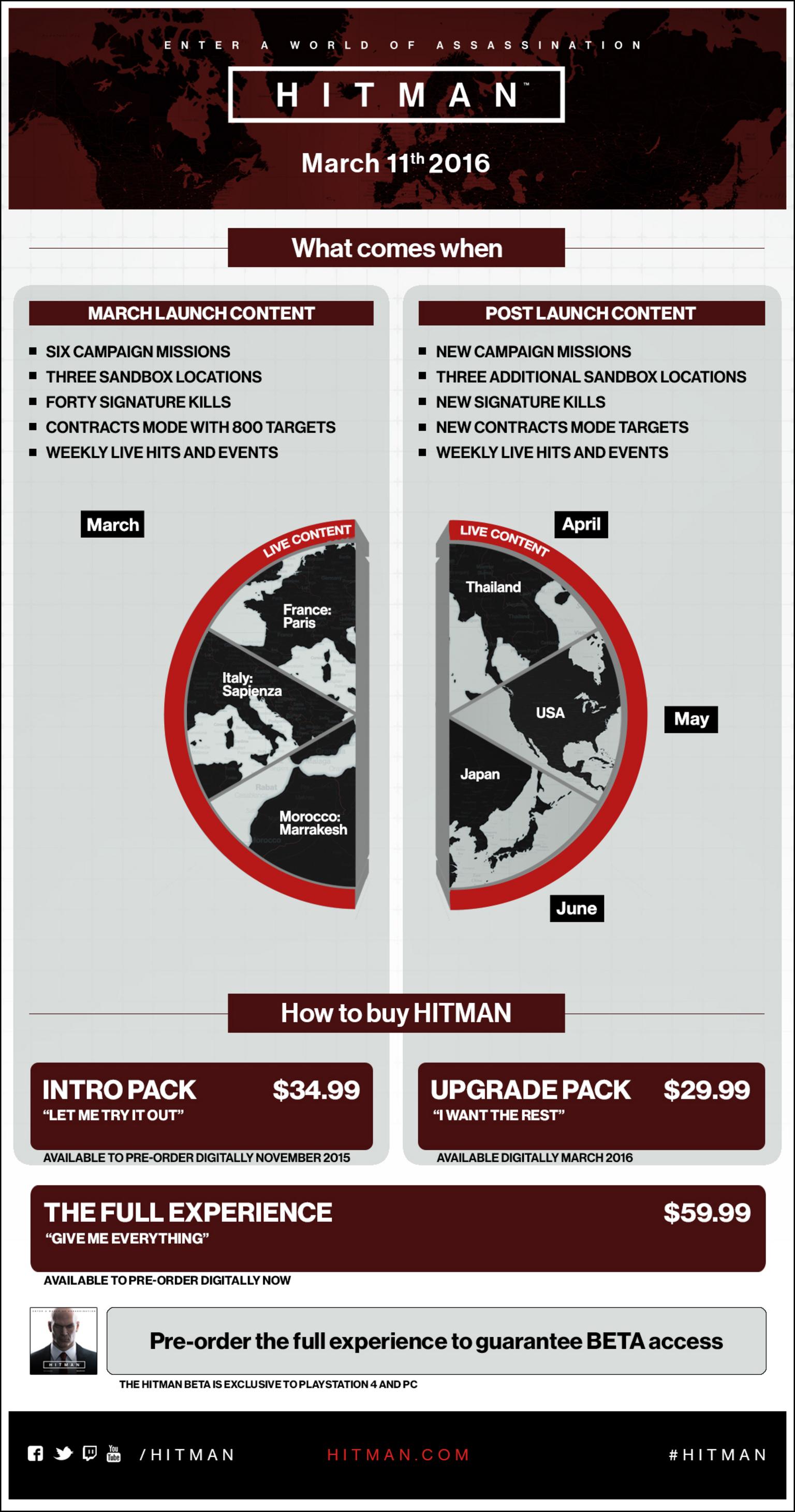