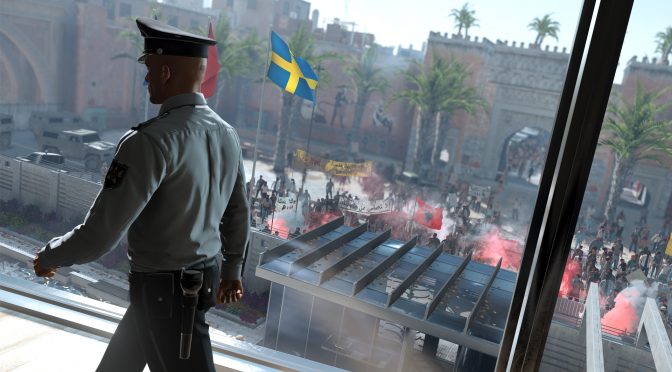 IO Interactive has announced that a new free update for HITMAN will release on November 7th. According to the company, this patch will greatly improve its lighting system. Moreover, this update will add support for the Tobii Eye Tracking device.

Going into more details, this patch for HITMAN will bring colour grading, readjusted HDR adaptation rules and re-designed skyboxes. Therefore, most locations will look more vivid, vibrant and lifelike than before.

Furthermore, and thanks to Tobii Eye Tracking, players can enhance their killer instincts with Dynamic Light Adaptation, Extended View and a new special feature added specifically for HITMAN.

This patch will also introduce a redesigned UI with a new colour scheme and visual style. Moreover, players can expect various fixes and improvements that will be further detailed at a later date.

IO Interactive has also revealed that a GOTY Edition will release digitally on November 7th. This version will include the first Season, a new campaign, new weapons and 3 themed Escalation Contracts.