A screenshot from the first PCB for AMD’s new Navi graphics cards has been leaked online, giving us a first look at what we can expect from this new generation of GPUs. The biggest difference between the previous AMD GPUs and the upcoming Navi is the replacement of the memory unit. Contrary to the previous GPUs that used HBM2, the AMD Navi GPUs will be using GDDR6 memory.

From the looks of it, this PCB is from a reference GPU that will be using a blower-style fan, though we can expect custom versions with dual or triple fans from third-party partners. 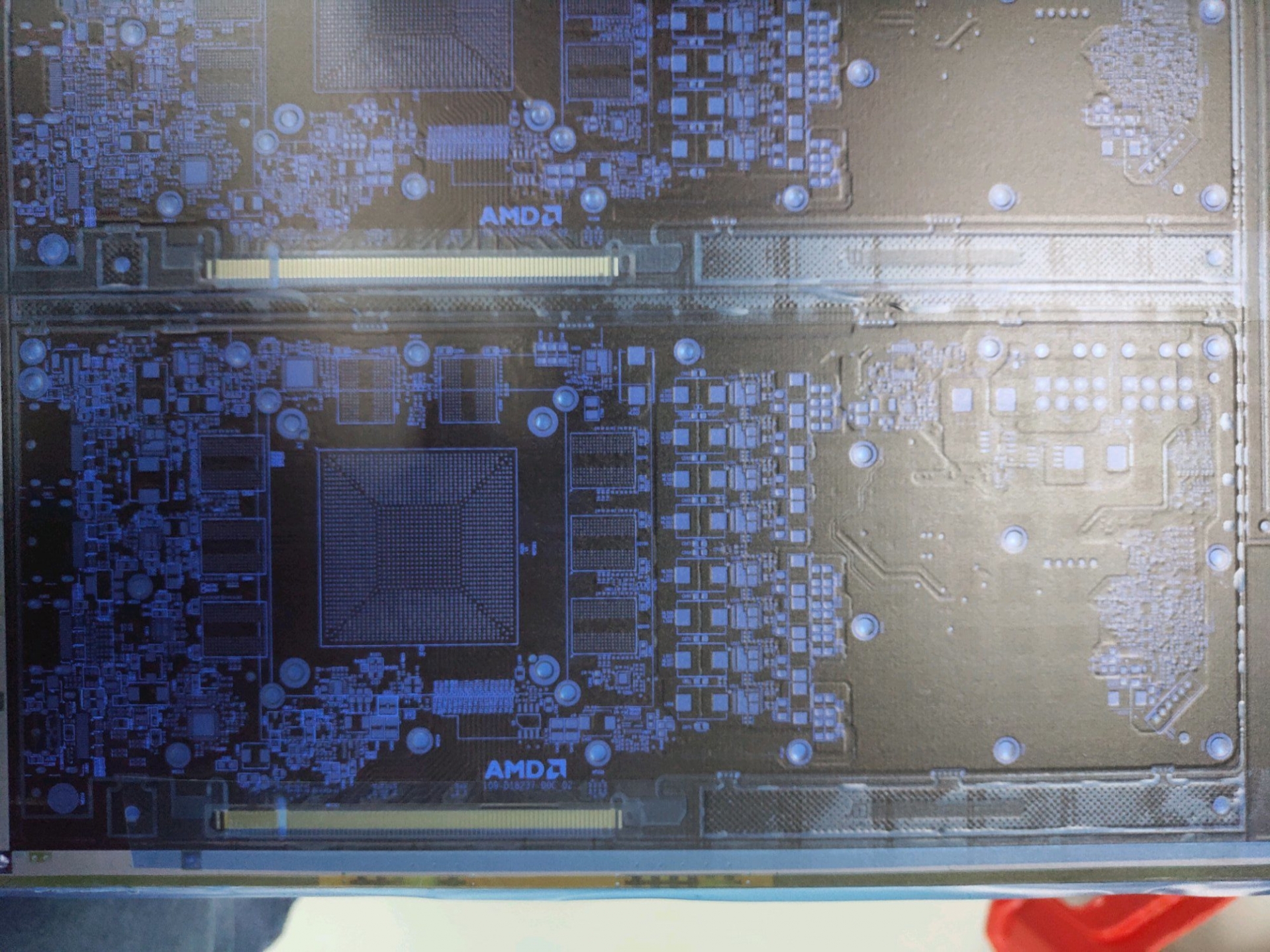 The PCB also appears to have space for eight modules, suggesting that this GPU will offer 8GB of total VRAM over a 256-bit memory bus. If that’s the case, we can expect this GPU -in design – to be similar to the RX580.

Unfortunately the PCB does not give any indication of the die size or the frequency/raw power that this GPU will have, so we can’t really compare it with what is currently available on the market. Still, this is a cool leak and we are pretty sure that some AMD fans will find it interesting.

From what we know so far, AMD will highlight new details of the 3rd Gen AMD Ryzen CPUs and NAVI GPUs at Computex 2019, so stay tuned for more!