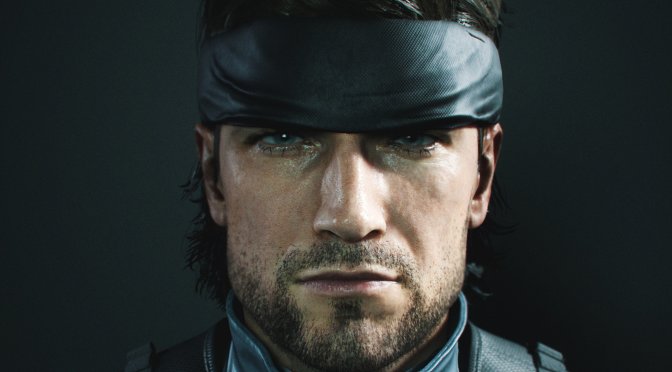 In August 2019, we shared a clip from the bridge intro of Metal Gear Solid 2 in Unreal Engine 4. And thankfully, its creator, Erasmus Brosdau, has been working on expanding that clip. And a few days ago, Erasmus shared the first screenshots from the new 3D model for Solid Snake.

My guess is that Erasmus will remake the entire bridge sequence in Unreal Engine 4. Moreover, he will be taking advantage of real-time ray tracing. So yeah, even though Konami does not plan to release any remake of this classic MGS game, this fan remake will give us an idea of what such a remake could look like.

Furthermore, Maxime THOMAS LE DEORE has recreated the hallway sequence from the first Metal Gear Solid game in Unity Engine. Do note that this video features different 3D assets from the aforementioned MGS 2 Unreal Engine 4 Remake. As such, the Solid Snake 3D character model will be different.

Speaking of the first Metal Gear Solid game, Erasmus had also recreated its intro in Unreal Engine 4 back in 2018.

Now keep in mind that Maxime has made all the characters in 3D, rigged and animated them. He also edited the video with sound. As such, don’t expect it to be perfect. For instance, there are some minor animation issues. Also, some of you may not like the new 3D model for Solid Snake.

Still, we believe that these fan remakes are really cool. Thus, go ahead and enjoy the following video, and stay tuned for the Metal Gear Solid 2 Unreal Engine 4 video!