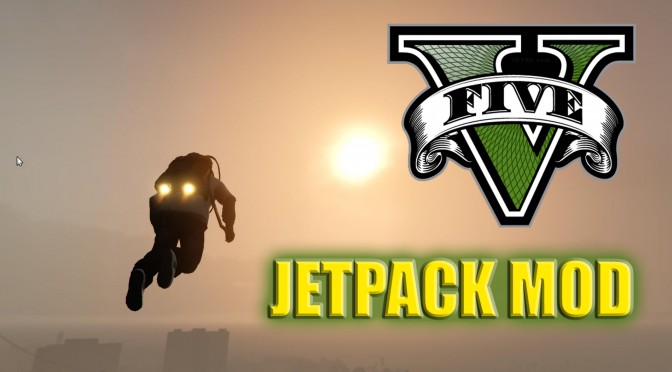 GTA V fans, get ready for some really interesting mods for Rockstar’s open-world title. Firstly, we’ve got a new version of the ENBSeries beta mod that adds high quality antialiasing for vehicles as new parameter. This little parameter makes a noticeable difference and our reader ‘Unreal’ has shared a video, showcasing this new feature in full effect.

Secondly, we’ve got the release of the highly anticipated LSPDFR (Liberty City Police Department First Responder). LSPDFR lets you take the role of a cop and hunt down criminals. This first version includes a number of features such as arresting suspects, pulling over vehicles, full character and vehicle selection, basic callouts and hot pursuits. Also included in LSPDFR are a variety of police backup options, an interaction menu and various other features.

Lastly, JulioNIB has released a new mod that allows players to use a jetpack. This first version allows players to fly high (max 1200 height above ground), fly fast (max 400 speed), hijack vehicles, shoot while flying and use the jetpack in bicycle, bikes and “seasharks”. In addition, this Jetpack mod features crash and water collisions.