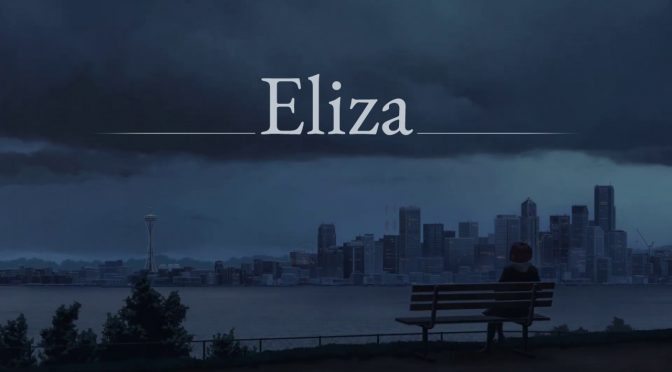 Eliza is a visual novel about an AI counseling program, the people who develop it, and the people who use it. Zachtronics are the developers of Infinifactory, Opus Magnum, Exapunks and more.

Their games are not my cup of tea but this one sounds interesting. I love books and video games and while I was never interested in this particular genre, I must say I enjoyed the hell out of What Remains of Edith Finch. It’s characterized as an adventure game but it feels more like a visual novel. My only concern is the length, since these type of games are usually rather short.

After abandoning her high-powered tech career and a mysterious three-year absence, Evelyn Ishino-Aubrey resurfaces working as a proxy for a virtual counseling app called Eliza. Her job consists solely of reading a script provided to her in real-time by an AI, leaving her no autonomy over what she says. Is Eliza a technological marvel that brings therapy to those who otherwise couldn’t access it? Or is it an ineffective replacement and another vector for technology companies to gain control over our lives and humanity?

As she reconnects with people from her past and gets to know the ordinary people of Seattle who use Eliza for counseling, Evelyn finds herself caught in the middle between differing sides of the argument— and as she begins to question everything about her past life and future purpose in the world, it becomes clear she must confront the turmoil and darkness inside.

Eliza is scheduled for release the week after on August 12th.