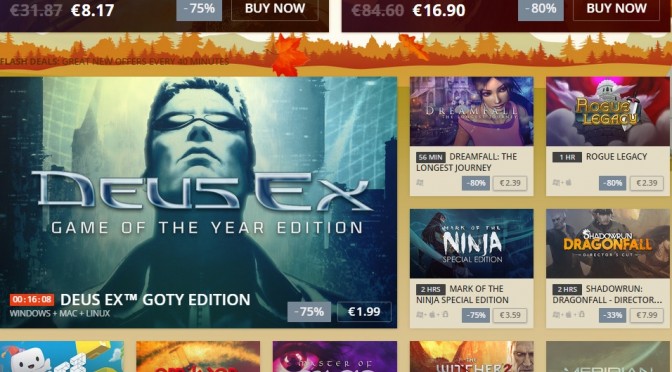 GOG.com has launched its 2014 DRM-free Big Fall Sale and today it is offering Mount & Blade for free for the next 48 hours. The Big Fall Sale features a head-spinning lineup of 700+ titles discounted up to 90%, two daily bundles, and new flash deals every 40 minutes, including Deus Ex, Mark of the Ninja, and Rise of the Triad.

In addition, GOG returning customers will receive free copies of The Witcher 2: Assassins of Kings and The Gamers: Director’s Cut movie.

Today, PC gamers can get Deus Ex: GOTY Edition with only 2 euros (as it comes with a 75% discount).

The Witcher 2 also comes with a 85% discount, while Mark Of The Ninja, Omikron: The Nomad Soul and Master of Magic come with a 75% discount.

Enjoy and have fun everyone! 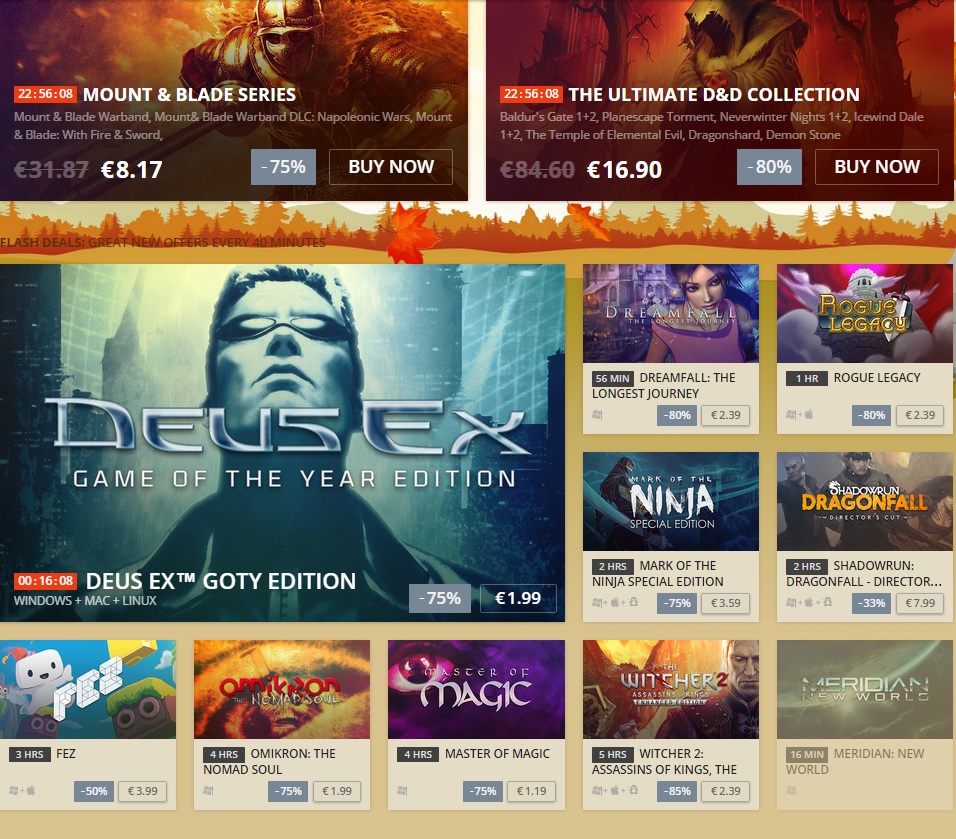