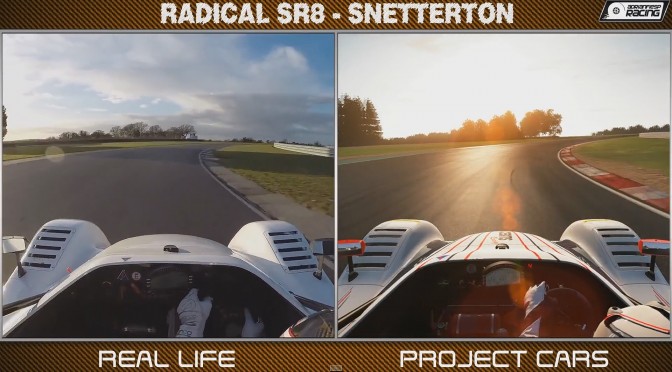 It’s been a while since our last look on Project CARS, right? Well, today YouTube’s member ‘ADRIANF1esp’ shared with us a comparison video between real and in-game footage, showing the Radical SR8 car at Snetterton 200. This video shows how close to the real thing Slightly Mad Studios’ racer actually is, so be sure to watch it!