GOG has launched a sale on over 150 of its most wishlisted games. From today and until April 23rd, PC gamers can find games such as The Witcher 3, Divinity Original Sin 2, Freespace 2, Grim Dawn, Planescape Torment and more at great discounts. 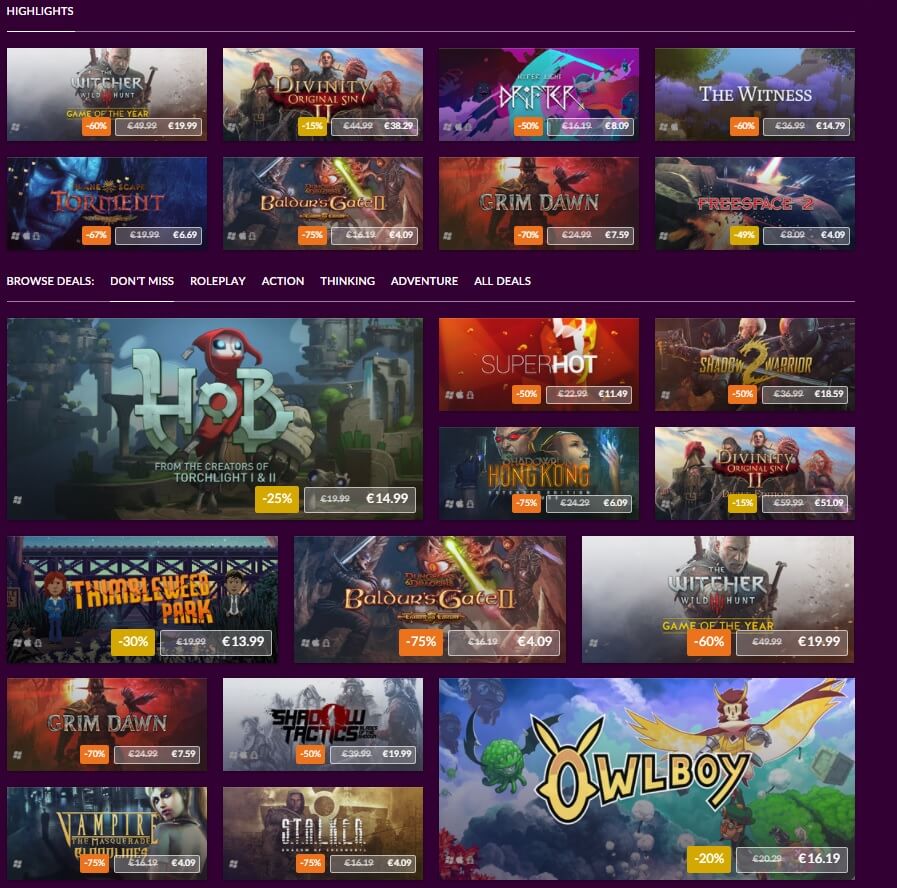 As GOG noted, The Witcher 3: Wild Hunt and its expansions hold the #1 spot and you can grab the complete Game of the Year Edition at 60% off, or continue the story with Hearts of Stone or Blood and Wine both 50% off. Planescape: Torment was a close second and is 67% off right now, followed by the genre-defining Baldur’s Gate II in third place which is at 75% off the Enhanced Edition.