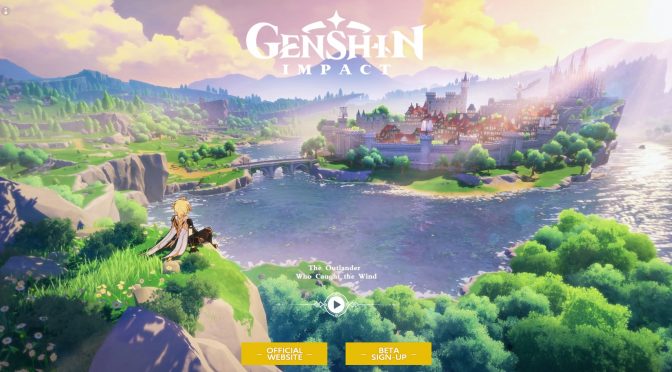 miHoYo has announced a brand new open-world RPG that appears to be heavily inspired by Nintendo’s The Legend of Zelda: Breath of the Wild. This new RPG is called Genshin Impact, will be coming to iOS and the PC, and you can find below its announcement trailer.

As said, Genshin Impact appears to be inspired by The Legend of Zelda: Breath of the Wild. The art style of these two games seem similar, and there are also gameplay mechanics that will remind you of those found in Nintendo’s title.

miHoYo claimed that in the coming months it will be unveiling more details about the game, showcasing the world it has created, brand new gameplay systems, new friends and new enemies, as well as new loot that will be available in the game.

Genshin Impact Announcement Trailer: The Outlander Who Caught The Wind