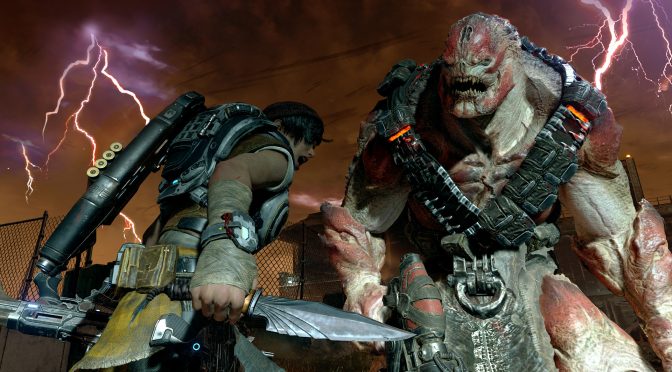 Microsoft and The Coalition surprised everyone when they announced that Gears of War 4 would be coming to the PC alongside its Xbox One version this October. And as Michael Rayner, Technical Director at The Coalition, claimed, the framerate in the PC version will be unlocked.

As Michael told The Inquisitr:

“[O]n the Xbox we’re running at 30hz, 1080p for the campaign, 60hz, 1080p for multiplayer. On Windows 10, PC gamers will run as fast as your hardware will support. So you can lock it to your Vsync or your monitor refresh rate, or you can run it fully unlocked, you know, 120 frames or whatever your system can support.”

What’s really great here is that the PC version won’t be affected the locked framerate of the Xbox One version even during cross-play.

“Because of the way the engine works, at the core it supports a variable time stamp. The way that the network updates happen between co-op [or] two players, we can have the PC game running at the higher frame rate against the Xbox One at a fixed frame rate. And everything works.”

The same applies to those gaming with weaker PC systems. If your PC is unable to maintain a constant 30fps, the Xbox One users won’t be affected by it.

Now this does sound great, so kudos to The Coalition!