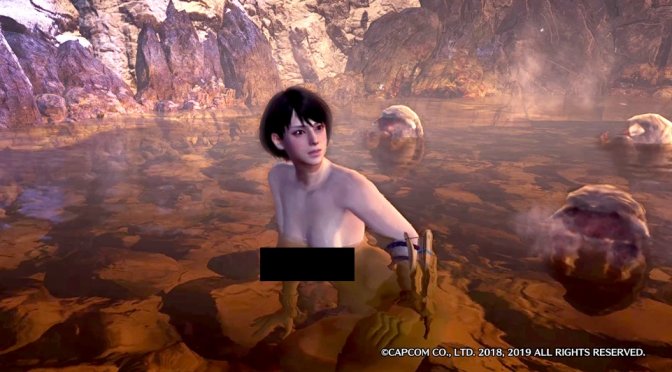 Monster Hunter World Iceborne has just been released on the PC, and its first nude mod is available for download. Created by modder friccirf, this nude mod brings a high polygon female model to the game with jiggle animations for both boobs and butt.

Now some of you may remember a Nude Mod we reported earlier this month for Monster Hunter World. Unfortunately, that mod is no longer available as it’s not compatible with Iceborne. But anyway, this Female Nude Mod for Iceborne is one of the best Nude mods we’ve seen, and you can get it from here. Furthermore, modder ‘Sakura4’ released a Male Nude Mod for Iceborne. This mod replaces the layered armor Brigade, and you can get it from here.

Resident Evil 2 Remake came out in January 2019, and it took modders almost a year to release a Male Nude Mod for it. Modder ‘Loxoss’ released this mod that replaces the DLC costume “Arklay Sheriff” with “Nude Leon”. Obviously, this mod only works with Leon and not with Claire. You can get the mod from here.

Do note though that both Mass Effect Andromeda and Dragon Age Inquisition need more mods so they can work properly. Since these games use the Frostbite Engine, they also require the Frosty Mod Manager. As such, we suggest reading carefully their installation instructions.