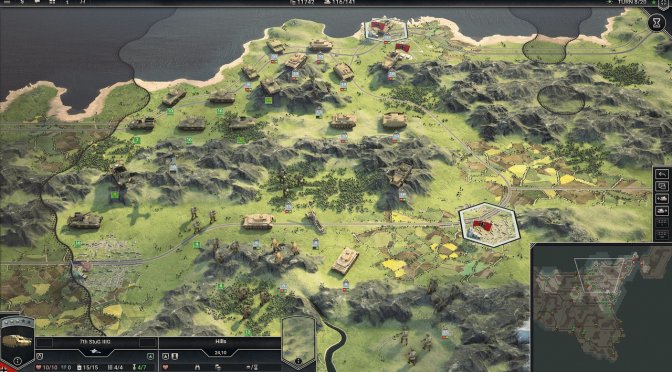 In Panzer Corps 2, players will enjoy the classic gameplay formula, brought to a whole new level of refinement up to the latest technical standards.

Panzer Corps 2 will also come with a massive branching campaign including around 60 scenarios. 10 additional single player scenarios will be available and another 10 scenarios carefully designed for a balanced Multiplayer experience.

The game will offer a wide range of Multiplayer options. These MP options are: hot seat, server-assisted play-by-email mode, and a true online Multiplayer. In the latter mode it is even possible to play your turns simultaneously with your coop partner.

Last but not least, Panzer Corps 2 includes a powerful Scenario Editor. This Editor will be very user friendly and easy to use. Players will be able to create their own campaigns, single scenarios and multiplayer maps.