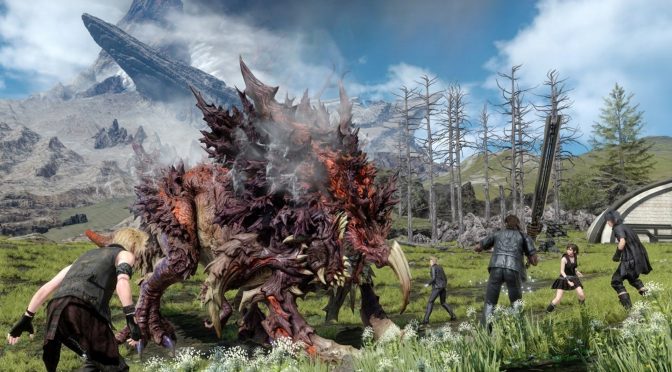 At this years Gamescom we learned that Final Fantasy XV will be coming to PC in early 2018, we also learned that it would be featuring 4K textures but even the GTX 1080Ti won’t be able to provide a smooth 60FPS at 4K.

Square Enix and NVIDIA have come together to launch Final Fantasy XV on PC adding a bunch of NVIDIA’s technology to the PC version of the game such as HFTS, VXAO, Turf, Flow and HairWorks. having all these technologies added to the game by NVIDIA is great but is there any hardware available to the consumer market to utilize all these fantastic graphical upgrades at native 4K @ 60FPS?
During an interview with PC Gamer Square Enix Game Director Hajime Tabata said that even the GTX 1080Ti won’t be able to hit 60FPS at native 4K.

Tabata: “Supporting 60fps will be possible, but considering the spec you’d need to get that level-with native 4K, HDR, and a good 60fps-the machine we’ve got here couldn’t do that at the moment. That’s a GTX 1080 Ti, and even with that 60 frames is not possible”.

“So, multiple cards, there’s the loading of the previous frame and you have that little bit of delay. It doesn’t allow for that proper 60 frames. In order to get that really smooth 60 frames, you need a higher capacity base in order to do that. All the physics simulations as well need to be refreshed in every frame-if you have two cards running in tandem there’s that little bit of delay between the sending of data between the two cards and that’s what makes it impossible.”

“If my team were going to be in charge of the next Final Fantasy game, we probably would set up the basis of development on that high-level PC architecture-I think that’s something that we’d do. But looking into the future, you have to consider cloud-based games-the answer might be different depending on how far down the line we’re talking about”.

“I think this is for us a great opportunity in getting the game out to the PC market that the latest Final Fantasy game is serious about the PC market and its players. We’re taking on that challenge with everything we’ve got and it’d just be great to get some kind of feedback on that, players’ reactions and understand what people are expecting towards our game.”