PlayerUnknown’s Battlegrounds has been on the rise in concurrent players since it’s release in March, chasing massive titles such as DOTA 2 and Rocket League it has finally surpassed all other games taking first place.

PlayerUnknown himself screenshotted the games concurrent players and it shows a massive lead in front DOTA 2 which usually is first by quite a margin. 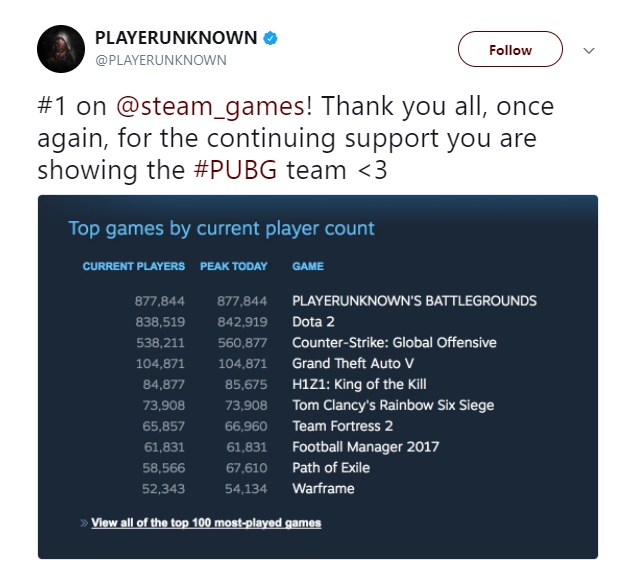 As you can see from the above image Battlegrounds has taken the lead with a massive 39,325 player gap from DOTA 2. This game isn’t even a year old yet and it is already surpassing titan titles, it will be interesting to see if the monetization scheme Battlegrounds has planned for the game will increase or decrease player count as there was massive controversy when the first purchasable loot crate went live.