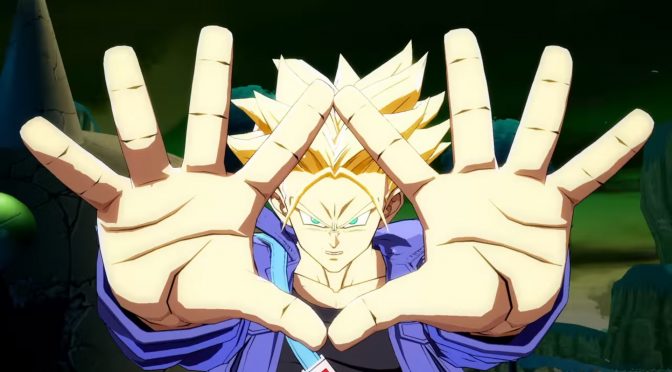 FINAL FANTASY XII THE ZODIAC AGE and DRAGON BALL FighterZ are two highly anticipated new releases. And from the looks of it, both of these games will be using the Denuvo anti-tamper tech.

Let’s start with the obvious one, DRAGON BALL FighterZ. Bandai Namco has used the Denuvo anti-tamper tech on all of its latest PC releases, so it does not surprise us that its new fighting game will also be using it. Instead of notifying all Steam users from the get-go, though, the publisher has mentioned the implementation of Denuvo in the game’s EULA and not in its Steam store page. As suggested, DRAGON BALL FighterZ will be using both Denuvo and EasyAntiCheat.

24. THIRD PARTY SOFTWARE.
a) Denuvo. This Game is protected by Denuvo Anti-Tamper technology (“Anti-Tamper Technology”). By installing this Game, you acknowledge and consent that certain files of the Anti-Tamper Technology may remain even after the Game is uninstalled from your computer. For more information, please visit Denuvo’s website.
b) EasyAntiCheat. BANDAI NAMCO is using EasyAntiCheat anti-cheat service (“EAC”), which is operated by a third-party service provider. EAC has a client software that is integrated into the Game. When you start the Game, the EAC client software will automatically load and install its latest version to the Hardware. EAC will monitor the Hardware, analyze the Game binaries and scan Hardware memory for the purpose of detecting and preventing cheating in the Game (“Purpose”). For the Purpose, EAC stores information regarding cheating methods used in the Game (“Cheat Data”). By agreeing to this Agreement, or otherwise using this Game, you give your consent that EAC may gather, store, share, and publish Cheat Data for the Purpose. The Cheat Data will be used solely for the Purpose, including but not limited to identifying and banning players who are cheating in the Game, analyzing cheating behavior and cheating codes, as well as sharing data about cheats with affiliates of EAC.

On the other hand, Square Enix has included the implementation of the Denuvo anti-tamper tech in FINAL FANTASY XII THE ZODIAC AGE’s Steam store page. As the publisher states, the game incorporates a 3rd-party DRM, which is no other than the Denuvo Anti-tamper.

Surprisingly enough, Square Enix removed Denuvo from Life is Strange: Before the Storm once it was cracked. Naturally this gave hope to PC gamers who thought that Square Enix, similarly to Bethesda, would stop using the Denuvo anti-tamper tech, however, this won’t be the case.

Our guess is that both of these games will be using the latest version of the Denuvo anti-tamper tech; a version that has not been cracked yet and has protected a number of games these past two months.