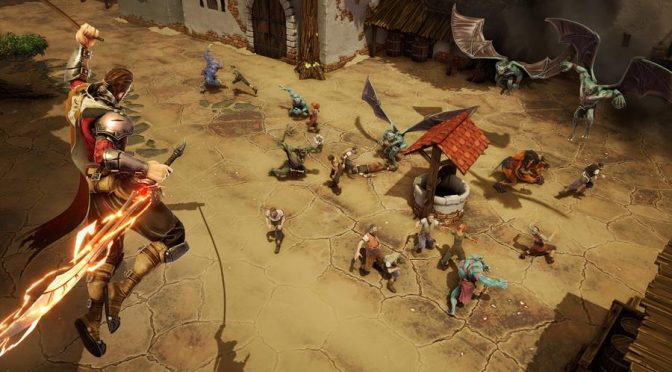 Moreover, players will be able to use the dynamic skill-based combat system to tactically disarm and dismember enemies before going in for the kill.

“Extinction is absolutely relentless. We’re really happy with the fast, fluid feel of the game and we’re looking forward to showing it behind closed doors at E3.”

“As the protagonist tasked with a huge undertaking – both in fighting enormous ogres and saving humans from disaster – each player’s experience will be varied, as the landscapes and battle situations are never identical.”

In order to celebrate this announcement, Maximum Games released a cinematic trailer for Extinction that can be viewed below. Maximum Games will most probably release a gameplay walkthrough at this year’s E3, so stay tuned for more!