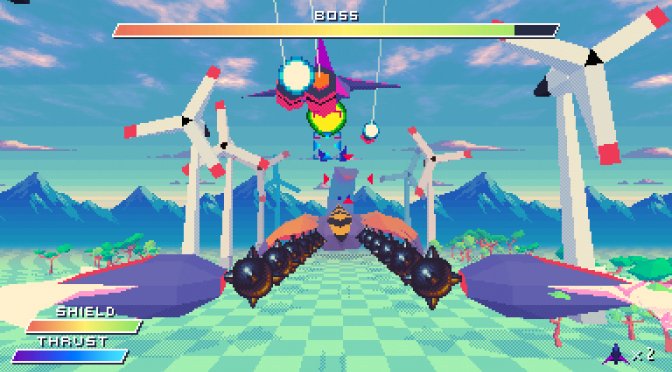 Ben Hickling is currently developing a a low-poly 3D rail shooter that is heavily inspired by the Star Fox game in SNES, Ex-Zodiac. Ben Hickling plans to release this game in 2021, and there is a demo you can download from Steam.

The final version of Ex-Zodiac will feature retro, colourful, low-poly visual graphics and 12 main levels. Naturally, the game will also have secret areas and side-paths, as well as multiple routes to complete it. Moreover, players can expect major bosses at the end of each level. Lastly, it will also pack a 16-bit style soundtrack by +TEK combining FM and wavetable synthesis.

Hickling has also launched a Kickstarter campaign for this retro game. The developer plans to raise $25K in total, and has already raised $19K. It’s safe to say that this Kickstarter will meet its goal really soon, so that’s at least good news for all retro fans out there.

It’s also worth noting that Ex-Zodiac will also have an Early Access period. The game’s Early Access build will feature six levels from the final game. Unfortunately, there is no word on when this Early Access phase will begin.

You can download the demo for Ex-Zodiac from its official Steam store page.