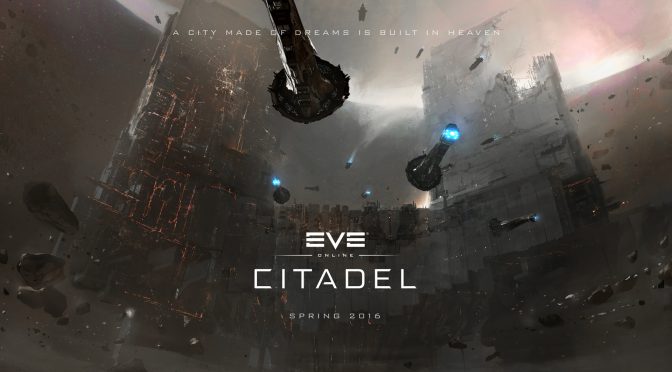 CCP Games has announced that the Citadel Expansion for EVE Online is now available. Players can now build staggeringly massive structures and then tear them down with imposing fleets of enormous starships.

As the press release reads, Citadels are gargantuan player-created cities in space, dwarfing almost everything the Empires have ever constructed.

“These monuments to the might and power of capsuleers make excellent player-run trade hubs and defensive platforms, the largest of which is massive enough to offer super-capital ship docking bays.

With the ability to place them almost anywhere in the universe, it is truly a new dawn of player control over the space they choose to inhabit or invade, and their customizable nature makes it even easier to shore up defenses, manage important player diplomacy through access and docking rights, and exercise asset safety for even the largest alliances of tens-of-thousands of players should they be destroyed in cataclysmic, awe-inspiring explosions.

Citadels represent aspirational goals for corporations of any size, whether building their own and projecting power through it, or destroying them with clever military strategies and focused force.”

The Citadel Expansion also brings a massive variety of changes to capital and supercapital warfare, including deadly new superweapons, anti-subcapital guns, a reimagining of the roles of EVE’s largest ships, new fighter squadrons and controls to project might across the battlefield, over one hundred new modules, and the introduction of a class of four new Force Auxiliary hulls—the prolific logistical support backbones of any large fleet.