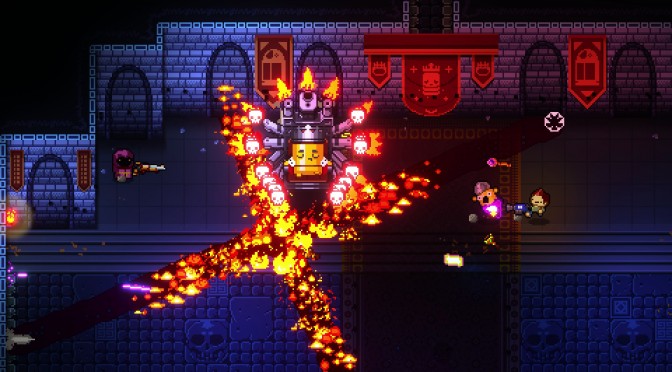 Dodge Roll Games and Devolver Digital have revealed the co-op feature for the upcoming PC and PlayStation 4 game Enter the Gungeon at E3 2015. Making its debut at PC Gaming Show at E3, the two player co-op mode allows the primary gunslinger a ‘gun cultist’ back up player to help quell the many disciples of the Cult of the Undead.

Enter the Gungeon drops you into an ever-adapting bullet hell-fortress with lovingly hand-crafted death chambers set in a labyrinth of doom designed to kill anyone who enters.

Featuring an insane amount gunfire and various amazing weaponry, players unleash a volley of rainbows or a herd of bees and try to stay alive as they dodge, roll and shoot their way to absolution.