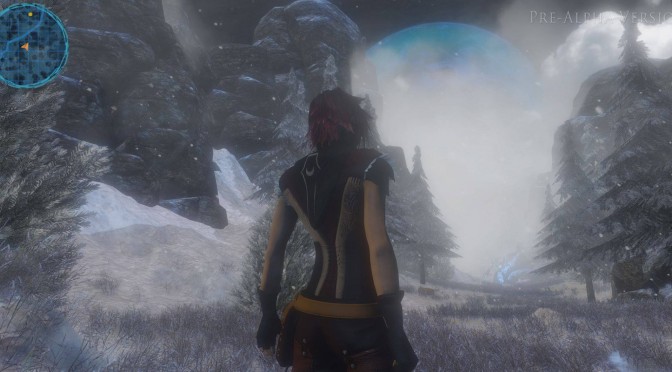 The game offers to renew with a gameplay centered on Active Time Battle (ATB) and advanced characters customization. But it also introduces some western influences like a non-linear story and a branching scenario, open worlds and an original weapons evolution system.

PC gamers can go ahead, download and try the very first demo of the game. This “pre-Alpha” version, developed by a small 4 people team, is meant to show the objectives of the studio. It offers several hours of gaming and is available on PC, Mac and Linux, by direct download on the Kickstarter page.

In addition to its enthusiasm and energy, the team at Midgar Studio can count on the prestigious partnership with Yasunori Mitsuda, announced earlier this week. The famous Japanese composer (Chrono Trigger, Xenogears, Kid Icarus…) is one of the most important goal of the crowdfunding campaign.

“Thanks to Kickstarter, we want to raise the attention of the JRPG fans but also have the opportunity to present our project to a larger audience. With their support, we could reinforce our team and have the resources we need to achieve all our ideas and the ones gamers will suggest us all along the game development. “

Edge of Eternity aims to raise $44K – in total – in the next 34 days, and has already raised $15K (meaning that it will undoubtedly hit its initial goal).