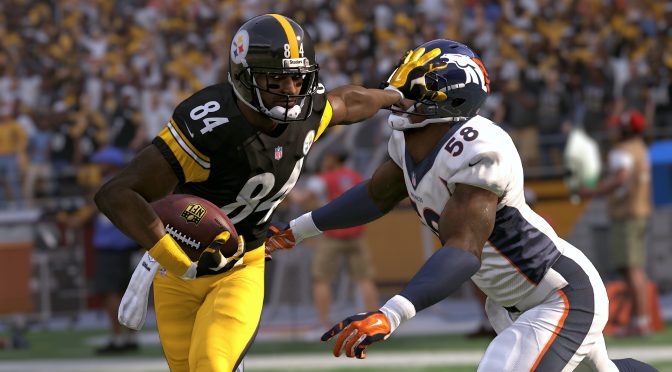 A couple of months ago, Madden 2017 was listed for the PC. EA Sports was quick to react and claimed that it was simply an error, something that undoubtedly disappointed a number of PC gamers. Still, there is still hope as in an interview with GameInformer, EA Sports’ Cam Weber and Matt Bilbey revealed that EA Sports may release more sports games to the PC in the near future.

As Bilbey and Weber claimed when they were asked whether we’re going to see more EA Sports titles on PC.

“Bilbey: PC is literally based on demand. There’s still the high demand for FIFA on the PC globally because of the global appetite for the game. I think that’s less so with Madden, but I think if that changes and an opportunity presents itself, I think we would definitely leverage the opportunity.

Weber: Yeah, I think with Madden in particular, it used to be a good business, and then it declined and the economics just didn’t make sense anymore. Then the compounding problem is that I guess in the last four or five years…as we get away from PC development, it becomes more and more difficult to get back to it. We’re open to it; it’s just a matter of when’s the right time and when does the opportunity make sense.”

Now what’s interesting here is that thanks to the switch to the Frostbite Engine, EA Sports may be able to bring its sports titles on our platform with relative ease. After all, Frostbite is an engine that performs incredibly well on the PC, and one that is described as a “very core PC engine.”

“I think part of the vision you’ve heard about aligning on Frostbite as a company makes that a lot easier going forward, because Frostbite is a very core PC engine that has the ability to move across consoles, up and down.”