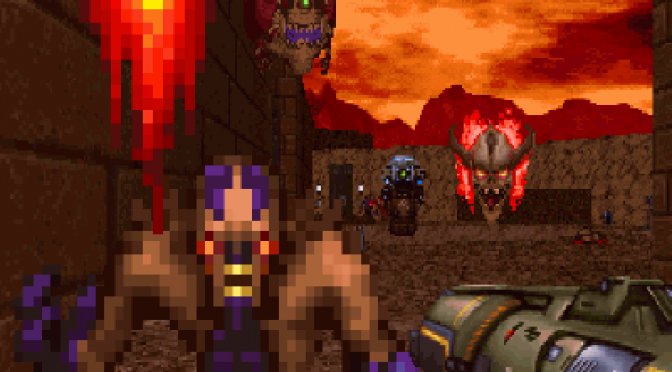 Last month, we informed you about a gameplay mod for Doom, Doom 2 and Final Doom, called DOOM 4 Vanilla. DOOM 4 Vanilla is basically a demake of Doom 2016 that brings all of its all of its enemies and weapons to the classic Doom shooters. And a few days ago, the modder released a new major update for it.

Version 2.0 adds 8 optional weapons that can be individually picked to replace the regular ones. Moreover, it introduces a number of tweaks and aesthetical improvements to the game.

Going into more details, this update adds a new frame animation for Baron of Hell, and two frames to BFG9000. It also adds a new idle animation to the Chainsaw, and some blue spots for the Plasma Rifle. Moreover, this update allows Hell Razers and Cacodemons to be gibbed (Cacodemons will explode).

You can download the DOOM 4 Vanilla 2.0 mod from here. Below you can also find its complete changelog, as well as a new trailer for it.