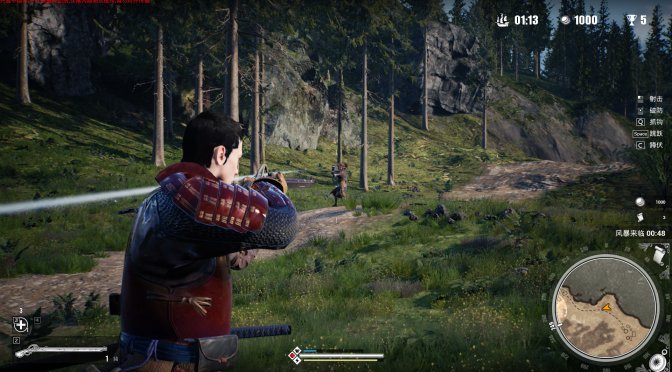 Zodiac Interactive and developer Jolly Roger Game Studio have revealed a new medieval battle royale game, RAN: Lost Islands. RAN: Lost Islands is an online multiplayer that thrusts 100 players against one another during the thrilling Age of Discovery.

As outcasts battling to survive on the high seas, they seek magnificent ancient treasure and legendary artifacts beneath the cursed islands. Great courage and wisdom will be needed to eliminate all enemies – by fair means or foul – and triumphantly return home from the swashbuckling adventure.

“Whether discovering high-level equipment or searching for treasure and artifacts, players will need to collect multiple clues at landmarks hidden on the islands such as temples, natural caves, and the walled city, among many others. Some ancient holy items are buried in relics or under shipwrecks.

Sail the high seas, bombarding the enemy with your cannons, or ambush and overrun a mighty vessel with visceral melée combat – in RAN: Lost Islands even the terrifying excitement of underwater combat becomes part of the action. With an arsenal of period weapons from different factions, and an exhilarating mix of traditional ACT combat controls and combo techniques, your mastery of skills and strategy shall ultimately prevail.”