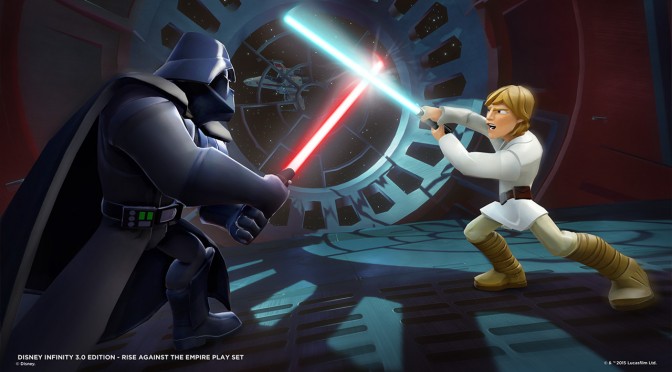 “Disney Infinity 3.0 Edition now welcomes Star Wars™ to the ever-growing collection of Marvel, Disney and Disney/Pixar characters, stories and worlds. Together new heroes can join forces with characters from previous editions and embark on adventures as big as your imagination in the 3.0 Toy Box! Disney Infinity encourages you to play your way, whether you explore open-world creation in the Toy Box or story-driven gameplay inside Play Sets!”

In Disney Infinity 3.0, players will have to pay for sets, characters, and so on and so forth. Currently the game comes with 6 DLC packs that will cost you 127,94€. So yeah, can’t say this is truly a ‘F2P’ game.

Disney has also revealed the game’s PC requirements that can be viewed below.