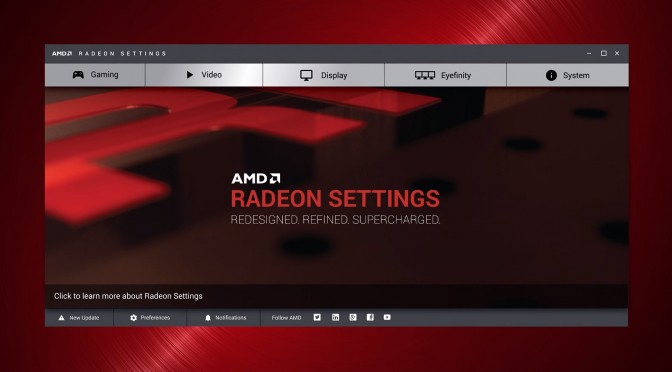 As AMD claimed, the Radeon Software is a driver that will be much more than meets the eye, and among other things will feature re-imagined Radeon settings.

These new Radeon settings will sport a new brushed metal design, a new and more intuitive navigation system, a new game manager, new Overdrive/Video/Display/AMD Eyefinity options, and it will be faster at start up.

The first version of the Radeon Software Crimson Edition will be released before the end of this year.