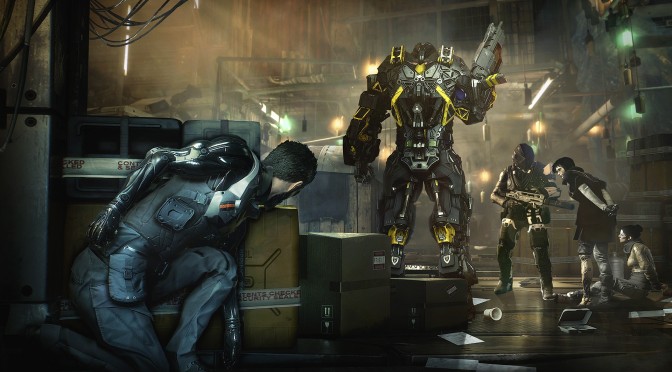 As promised, EIDOS Montreal and NIXXES released today the DX12 patch for Deus Ex: Mankind Divided. Unfortunately, though, it appears that we’ve got ourselves another title that performs – at least on NVIDIA’s hardware – worse in DX12 than in DX11.

First things first, the benchmark tool seems to be running similarly in both DX11 and DX12 (using our custom graphics settings). 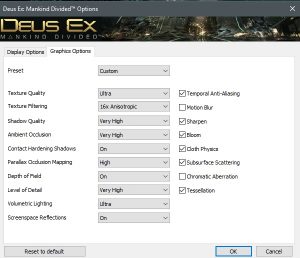 However, things went downhill once we visited the game’s city hubs. As we can see, there is a significant performance hit under DX12 (we’re talking about a 30fps decrease in some cases).

What’s really interesting here is that the CPU is not the culprit for DX12’s poor performance. We tried simulating a quad-core and our performance was similar to our hexa-core system under DX12.

As we’ve already said, this initial DX12 release is labelled as a preview build, however things are not looking good for NVIDIA users. In fact, this situation reminded us of Total War: WARHAMMER; a game that also performed poorly under DX12 on NVIDIA’s hardware.

EIDOS Montreal and NIXXES noted that there is a known bug that causes some very high end cards to regress relative to DirectX 11. According to them, this bug is being addressed by the development team, so it will be interesting to see whether the culprit of this underwhelming DX12 performance is this bug.

For the time being, we strongly suggest NVIDIA owners avoiding DX12 at all costs.

Oh, and here are the release notes for this latest update for Deus Ex: Mankind Divided:

The following fixes are in this patch:

– Fixed a freeze that happened for some players during the subway loading scene.
– Fix for issue where massive stalls would occur in Prague.
– Fixed issue where players could no longer save when they ran out of Steam Cloud space. (When the player runs out of space, the oldest saves will now be removed from the Steam Cloud. They will NOT be deleted and are still available from disk. They will remain present in your in-game ‘load game’ list.
– Improved shadow behaviour in the distance when Contact Hardening Shadows is turned on.
– Fixed issue where tutorial messages could stay/re-appear on-screen after completing the tutorial.
– Fixed an issue where players could lose input control when hacking certain computers.
– Fixed various UI issues.

As of today, users are also able to utilize the awaited DirectX 12 Graphics API. To activate this you are required to do the following:

After the game has downloaded the DirectX 12 supported build you can then toggle DirectX 12 from either the launcher window or from the Display options within the game.
Note that DirectX 12 requires a restart of the game if (de-)activated from within a running Deus Ex: Mankind Divided game session.