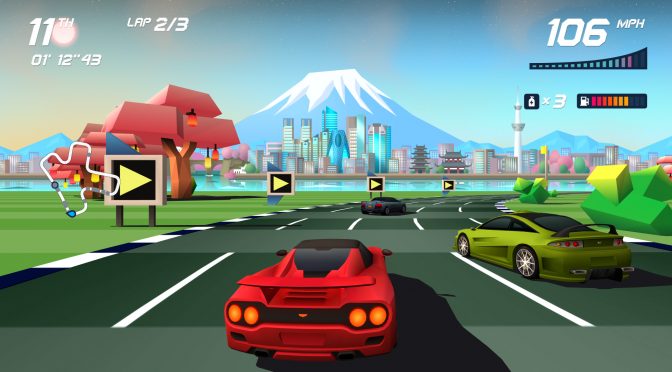 Aquiris Game Studio has released a demo for its arcade racing game, Horizon Chase Turbo. This demo packs 30 minutes of content offering 8 circuits, 3 cars, multiplayer mode with split-screen for up to 4 players and 2 Game Modes (World Tour and Tournament).

Horizon Chase Turbo was released on May 15th and currently has Very Positive reviews on Steam. Horizon Chase Turbo is a homage to classic 16-bit racers that defined a generation of high-speed, frenetic arcade fun. The game ignites an instant blast of nostalgia with catchy contemporary chiptune music, split screen multiplayer and retro design with modern gameplay.

The game’s main features include a deep and extensive single-player world tour campaign, intense tournaments, endurance challenges and more than 31 vehicles across 109 tracks, spanning real-world locations, such as China, Japan, Hawaii and more.