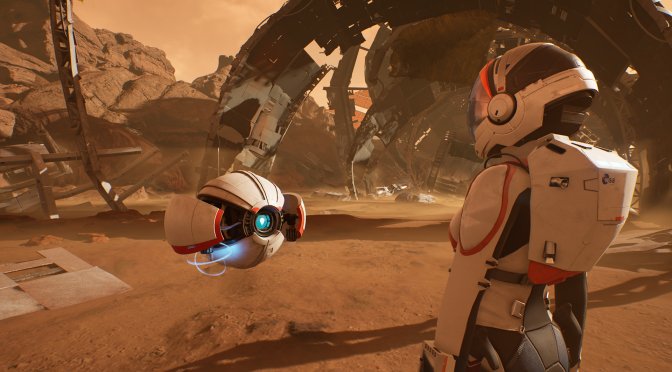 KeokeN Interactive has announced that Deliver Us Mars will release on September 27th. In order to celebrate this announcement, the team has also released a new gameplay trailer that you can find below.

Deliver Us Mars is an atmospheric sci-fi adventure taking you on a suspense-fuelled, high-stakes mission to recover the ARK colony ships stolen by the mysterious Outward.

In this game, players will experience a highly polished and absorbing narrative experience packed with engaging gameplay. The game will be using Unreal Engine 4, and will feature Ray Tracing effects. According to the game’s description, KeokeN has used RT in order to enhance the game’s shadows and reflections. We can also assume there will be support for NVIDIA’s DLSS.