According to the publisher, only the Limited Edition of Batman: Arkham Knight will be available for the PC (in Europe, Australia and New Zealand). 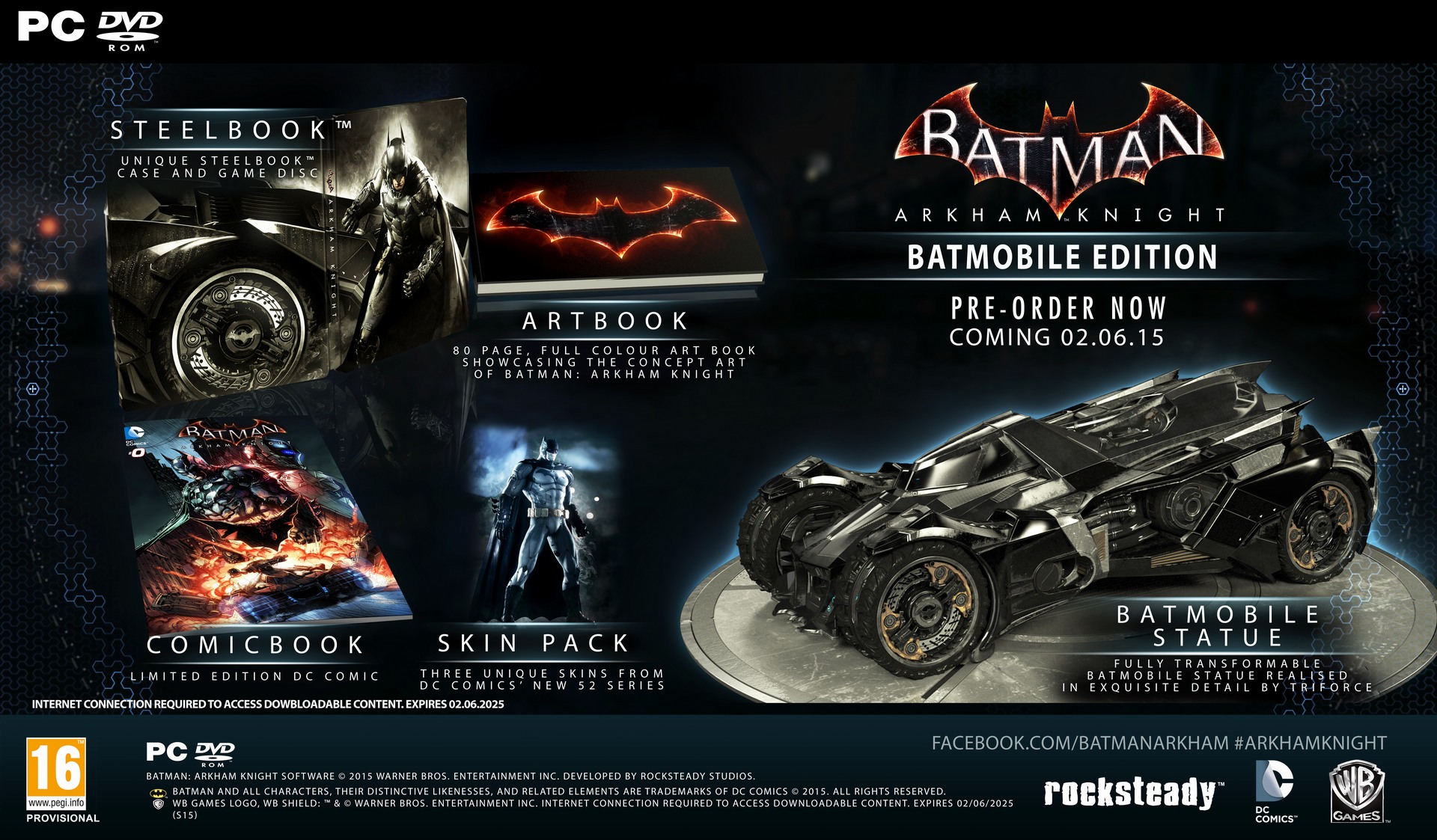