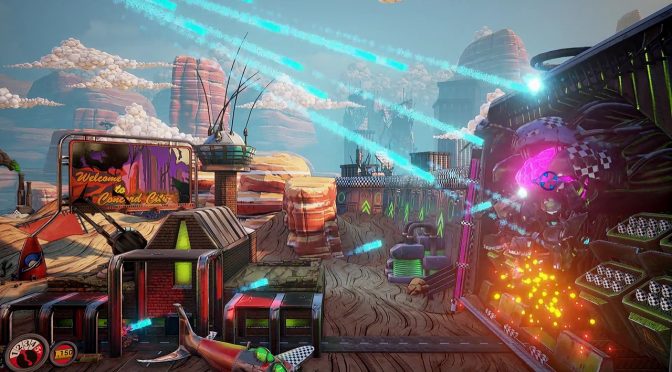 Paul Scott has been working these past few months on a 3D sidescrolling shooter. Powered by Unreal Engine 4, this sidescrolling title – called Dead Metal Punks – looks cool and Paul has released a demo that can be downloaded right here, right now.

Dead Metal Punks features two different modes and each mode will play a little differently to give the player some variety. The first mode (vehicle mode) revolves around a heavy use of vehicles and fun looking environments. The second mode (character mode) tries to be similar to Metal Slug.

It’s unknown at this point whether Paul will finish Dead Metal Punks. For what it’s worth, Dead Metal Punks looks really cool, though we’d love to see more weapon power ups, especially during the vehicle section.