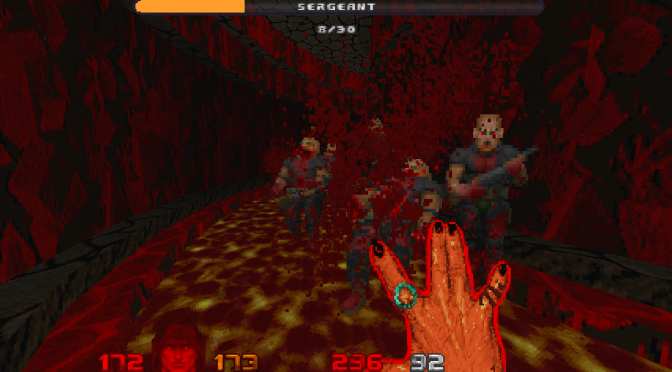 Modder ‘mindlord_17’ has released a new version of his DaggerHell mod for Doom 2 that is heavily inspired by 2016’s arena shooter, Devil Daggers. DaggerHell is mainly a gameplay mod and replaces the 9 classic weapons with a sword (replaces chainsaw), and a magic hand with several types of attack.

The latest version of this mod is called DaggerHell Overkill and in this version the speed of Daggerguy is multiplied, he can jump higher, does a lot more damage, and his daggers sound and look cooler. This mod should be compatible with monster mods that don´t alter gameplay or weapons.

DaggerHell Overkill looks kind of cool and gave me some Hexen vibes. And to be honest, I’d really love to see a new Hexen game. Oh, speaking of Hexen, the fifth episode of AMID EVIL has been released so I strongly suggest checking it out in case you are fans of old-school first-person shooters.

Those interested can download the DaggerHell Overkill from here, and below you can find a video showcasing its gameplay mechanics!